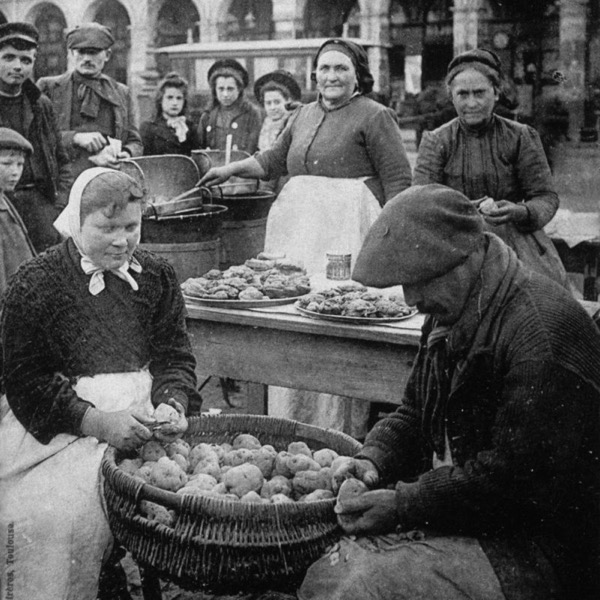 Three of my life’s greatest passions (modern European history, dipping sauces, and french fries) are the main subjects of this detailed + fun piece from Gastro Obscura.

Culinary historian Pierre Leclerq instead suggests that french fries—which he clarifies as being deep-fried, and not shallow-fried in a pan like home fries—probably came around in the mid-1800s, following the widespread availability of plant-based oils around Europe. They likely were first sold as street food in Belgium, France, or both. It’s also likely that the concept of deep-frying potatoes evolved independently elsewhere, too. After all, once oil was more affordable, why use its browning and crisping abilities on just about everything?

From there, the deep-fried potato—usually, but not always, in stick form—spread around the world. And so did its dips. Each fry dip is reflective of both local tastes and colonial conquests, new technologies and old traditions. The french fry is the medium through which you can see the parts that make up a modern culture. How you choose to flavor that most fundamental of snacks—deep-fried starch—says an awful lot about who you are. And it also shows how strangely interrelated world cuisine has become.