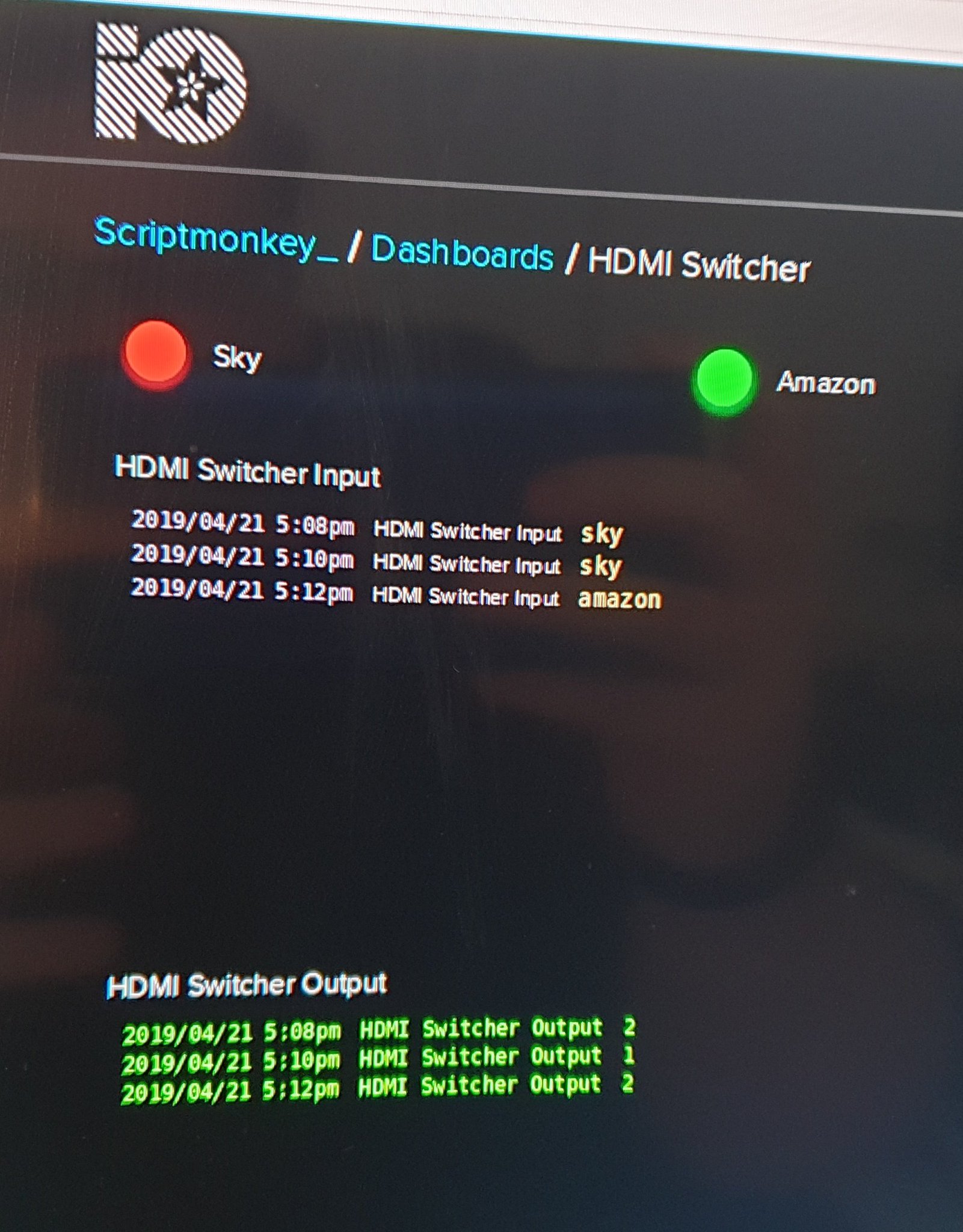 Scriptmonkey_ on twitter did a bit of hacking this past Easter weekend connecting their HDMI switcher to the internet. If you do not have enough HDMI ports on your TV or monitor, a HDMI switch can double (or quadruple!) the amount of possible HDMI inputs to your TV. One of the problems with these switches is that they do not usually work with the TV’s remote, requiring an extra remote. To avoid the remotes piling up on their coffee table, or getting up from their couch, they used an ESP8266 connected to an Amazon Alexa over If-This-Then-That to voice-control their TV’s inputs.

At first they tried to build an Alexa skill, but Scriptmonkey_ found the interface “clunky” and they felt that triggering their sky cable box was quicker using the combination of Adafruit IO and IFTTT than the skill:

I did actually develop a separate Alexa skill using @awscloud lambda to do the necessary work but the interface was pretty clunky and I really need to look into the canfulfil skill thing before I can improve on that. "Trigger sky" was faster than "tell X to Y" as this video shows pic.twitter.com/IJakAezUGR

Then, they connected the ESP8266 to Adafruit IO and integrated an IFTTT skill to control their Adafruit IO feeds using an Alexa:

Video of it in use… pic.twitter.com/izyF5AsERw