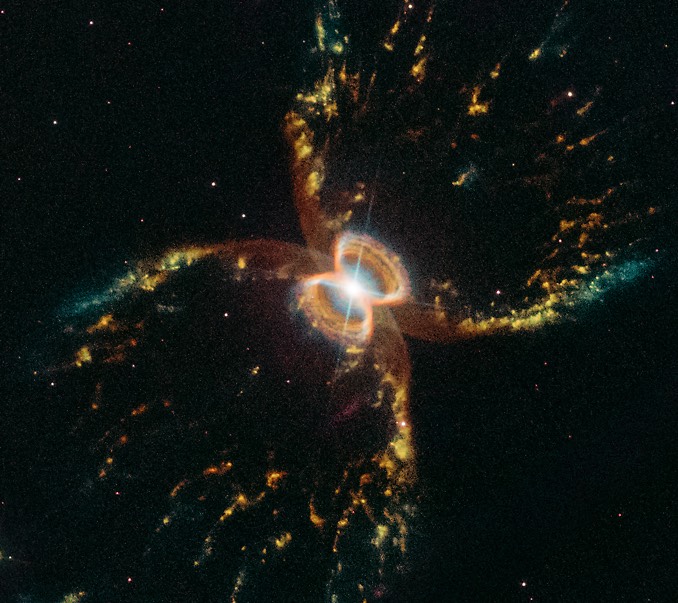 To celebrate the 29th anniversary of the Hubble Space Telescope’s launch aboard the shuttle Discovery on 24 April 1990, NASA and the European Space Agency are showcasing the observatory’s view of the Southern Crab Nebula in the southern constellation Centaurus. The nebula looks somewhat like an hourglass, shaped by a pair of stars in a binary system at its heart. One of those stars is a burned-out white dwarf, but the other is a red giant in the process of blowing off its outer layers. Some of that material is influenced by the white dwarf’s gravity with both suns embedded in a disc of gas between them that forces material from the red giant to race away above and below the disc. That’s what gives rise to the hourglass shape. The “legs” of the crab are generated where the outflow slams into interstellar gas and dust.

The red giant’s outflow may be short lived, with the outer structure just a few thousand years old. The red giant eventually will suffer the same fate as its companion, collapsing to form a second white dwarf. The two slowly cooling remnants then will illuminate a shell of gas known as a planetary nebula. 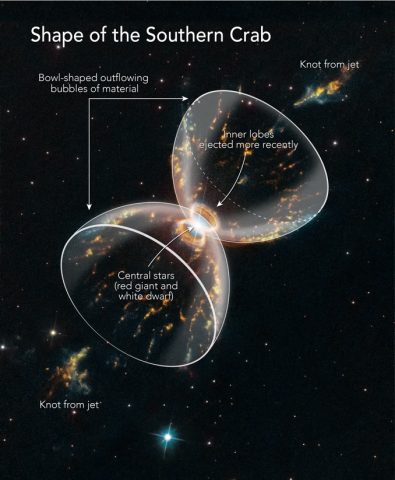