How Origami Is Revolutionizing Industrial Design 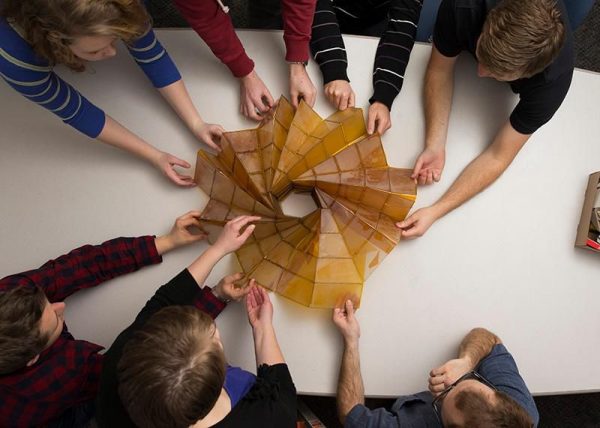 Origami is not new. I’m truly surprised that it’s taken this long to openly get the credit it deserves for being a source of inspiration for artists, engineers, and mathematicians.

While we think of origami as art, it increasingly is being used by companies and researchers in space, medicine, robotics, architecture, public safety and the military to solve vexing design problems, often to fit big things into small spaces. The American Society of Mechanical Engineers now includes origami in its annual conferences. So has the American Mathematical Society.

At the center of that transformation is a small number of scientists and engineers championing the practical applications of the Japanese art. Foremost among them is Lang, a passionate proselytizer for the art and the science of origami. He earned a bachelor’s degree at Caltech and a master’s degree at Stanford University, both in electrical engineering, before finishing a Ph.D. in applied physics at Caltech. He folded throughout as a way to relax, designing mostly bugs and animals—a hermit crab, a mouse in a mousetrap, an ant. Some took him weeks to design and hours to fold. Shortly after he began working at NASA’s Jet Propulsion Laboratory in 1988 (Lang has published more than 80 papers and has 50 patents), he folded a life-size cuckoo clock.

Comments Off on How Origami Is Revolutionizing Industrial Design