The Last Jedi might not be The Last Jedi, but for now the Sith can hope. Snoke’s gone, but so is Luk Skywalker. Long live Kylo Ren! Revenge of the 5th is Upon us!

From Emily Asher-Perrin over at Tor.com.

So now that the Rogue One is near and its prequel–Star Wars: Catalyst—has hit shelves, we have an intriguing new piece of info on Jyn Erso’s pops, Galen (it was made clear in the trailer, so it’s not a spoiler)–he had a hand in the creation of the Death Star, specifically the weapon-y laser part.

Here’s the thing, though. Do you realize how many people have been made responsible for the construction of that dented oversized softball in the history of Star Wars? Because it’s a lot. Like, a whole lot. Of people. 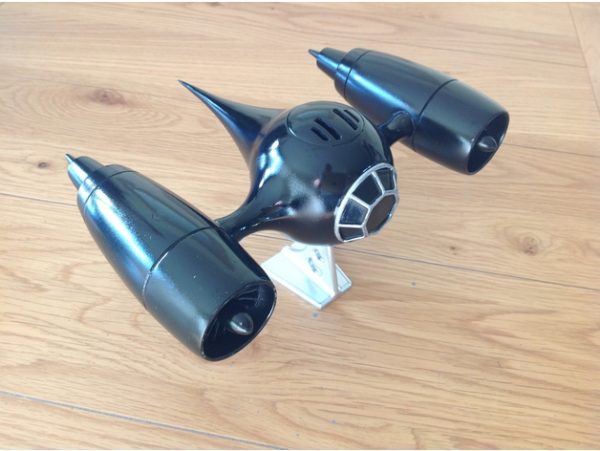 Remember when Darth Vader was cute little Anakin Skywalker, podracing back on Tatooine? 300zxcolin over on Thingverse knows something you don’t: Darth Vader podraces too, and there are files there for you to 3D print your own Darth Vader Podracer. Now that’s podracing!

This is Darth Vaders Pod Racer that he competes with when he’s had a long week hunting rebels.
Prints without supports except for the stand. 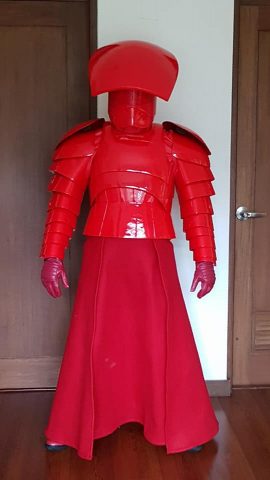 Maker Jim Tripon crafted a Samurai version of their scarlet armor and shared it with the Replica Prop Forum. He says:

Armor is painted flexible fiberglass. Can be rigged up out of the box in 1 night. Will probably cast this in red. We’re experimenting with gelcoat however it looks like a much more expensive and labor intensive undertaking.

Undersuit is made of textured synthetic leather with jersey and mesh used in the hidden sections. Not perfect but i think will pass for basic. Skirt is fleece/wool.

An amazing project from Grant Davis and Eli Willsea:

This is a recreation of a scene that is only on screen for a brief moment in Star Wars: The Force Awakens when we are first introduced to Rey and see her scavenging through a broken down Star Destroyer. I planned and started this build by myself, but by the end it turned into a full on Collab MOC with my good friend Eli Willsea. Total build time, photography, and editing for this MOC was just under 3 weeks in total, quite a short time frame for a build over 7 feet long! 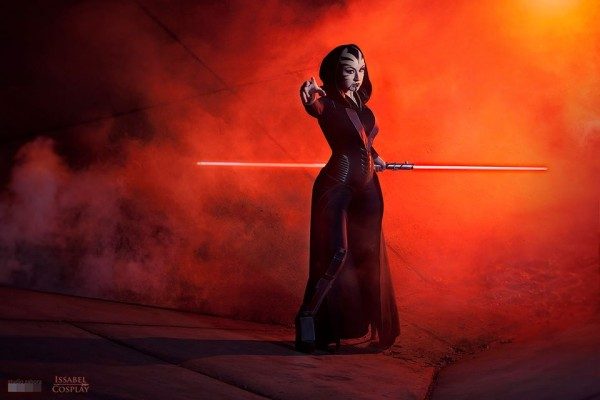 If you want to be a Sith or Jedi, you don’t have to base your costume on a character in the Star Wars universe. You can create your own take on an existing look or come up with something completely different. Issabel Cosplay designed an original Sith costume loosely inspired by some fan art of Asajj Ventress. She decided to make her Sith a Rattataki, which is similar to a Dathomirian (which is what Ventress is).