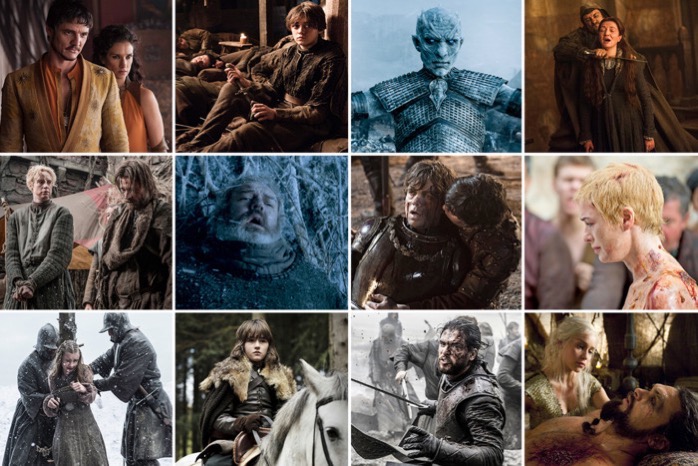 I don’t know about y’all, but my Game of Thrones obsession is in full force. In fact, it’s roiding out. Before the beginning of Season 8, I thought I’d moved on from GRRM’s fantasy universe. Sure, I’d read all the books in A Song of Ice and Fire and seen every episode of the show, but in the two years since season 7 aired, I sort of just…lost interest.

Boy was I wrong! Not only have I been deep in the reddit forums since S8E1 aired, I’ve also been rewatching old episodes. It’s been a treat to see how much groundwork the writers and show-runners have laid over the years. It’s making the Season 8 pay-offs just that much sweeter. Plus, it’s been pure fun revisiting such gems as Season 3’s Kissed by Fire (highlights two of my all time favorite duos – Jon and Ygritte, Jamie and Brienne), Season 5’s epic Hardhome (guest starring one of my all time favorite Danish actresses, Birgitte Hjort Sørensen as a free folk warrior Karsi), and Season 1’s Cripples, Bastards and Broken Things (there is so much character development in this episode you could argue it sets the foundation for some of the show’s most important relationships, plus just great writing).

As they are wont to do, the writers over at Vulture went the extra mile and ranked each and every episode thus far in the series. The list is definitely worth checking out if you, like me, have given in fully to GoT madness and are deep in rewatch mode.

Game on! We’re only three episodes away from learning the fate of Westeros and all of its surviving inhabitants. With the stakes so high and the scope so wide, it’s kind of funny to recall that, once upon a time, this was a comparatively cozy little show about two rival families jockeying for power. “The Sopranos in Middle-earth,” remember? From those beginnings sprouted a pop-culture phenomenon — and the most ambitious, expensive, and popular show in HBO history.

All of which makes ranking the show’s episodes a proposition as tricky as a trial by combat against Gregor “the Mountain” Clegane. Is an early episode that establishes the clannish setting superior to a later one that injects high-fantasy magic and mayhem? Does a mid-season effort that serves as a placeholder for a dozen plotlines fare worse than one that moves a few forward but includes a major clunker? Are episode-long battles better than intimate character portraits? Is Shocking Death A more of a mind-blower than Shocking Death B? (Or C, or D, or E?)

Comments Off on @Vulture Ranks the Best Game of Thrones Episodes