1824 – Beethoven’s Symphony No. 9 is performed for the first time in Vienna. 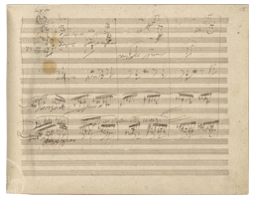 The Symphony No. 9 in D minor, Op. 125, also known as Beethoven’s 9th, is the final complete symphony by Ludwig van Beethoven, composed between 1822 and 1824. It was first performed in Vienna on 7 May 1824. One of the best-known works in common practice music, it is regarded by many critics and musicologists as one of Beethoven’s greatest works and one of the supreme achievements in the history of western music. In the 2010s, it stands as one of the most performed symphonies in the world. 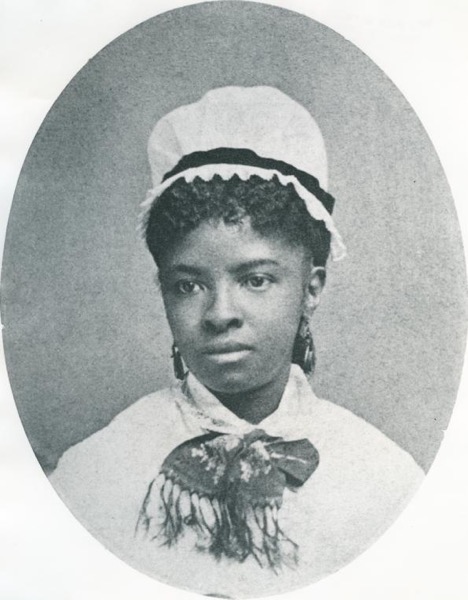 After gaining her nursing diploma, Mahoney worked for many years as a private care nurse, earning a distinguished reputation. She worked for predominantly white, wealthy families. Majority of her work with new mothers and newborns had been done in New Jersey, with the occasional travel to other states. During the early years of her employment, African American nurses were often treated as if they were household servants rather than professionals. Mahoney emphasized her preference to eating dinner alone in the kitchen, distancing herself from eating with the existing household help, to further dismiss the relation between the professions. Mahoney also lived alone in an apartment in Roxbury where she spent time reading and relaxing, while also attending church activities with her sister. Nevertheless, families who employed Mahoney praised her efficiency in her nursing profession. Mahoney’s professionalism helped raise the status and standards of all nurses, especially minorities. Mahoney was known for her skills and preparedness. As Mahoney’s reputation quickly spread, Mahoney received private-duty nursing requests from patients in states in the north and south east coast.

1846 – The Cambridge Chronicle is first published. 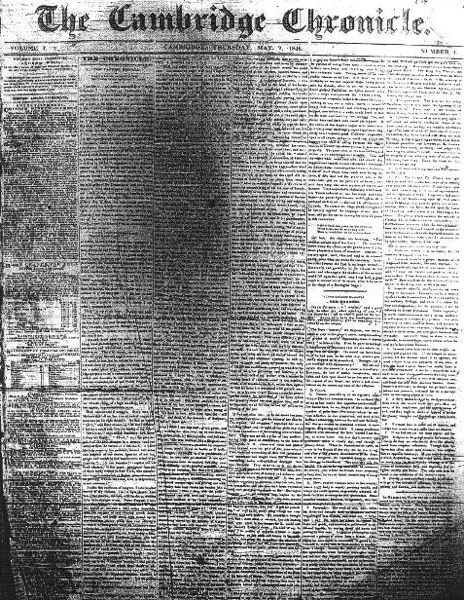 The Cambridge Chronicle was first published on May 7, 1846. A few days before, Cambridge was incorporated as a city, and Scotsman Andrew Reid seized on the opportunity to publish a weekly newspaper. Cambridge was home to the first printing press in the Colonies, and nearby Boston was home to the first newspaper. The Publick Occurrences Both Forreign and Domestick was founded in 1690, albeit short-lived. But beginning in the 18th century, Boston developed a vibrant newspaper industry. 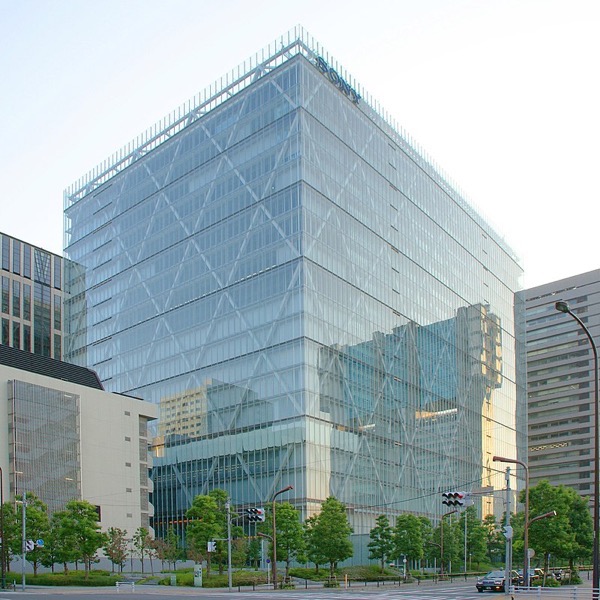 Sony began in the wake of World War II. In 1946, Masaru Ibuka started an electronics shop in a department store building in Tokyo. The company started with a capital of ¥190,000[17] and a total of eight employees. On 7 May 1946, Ibuka was joined by Akio Morita to establish a company called Tokyo Tsushin Kogyo (東京通信工業 Tōkyō Tsūshin Kōgyō) (Tokyo Telecommunications Engineering Corporation). The company built Japan’s first tape recorder, called the Type-G.[19][20] In 1958, the company changed its name to “Sony”. 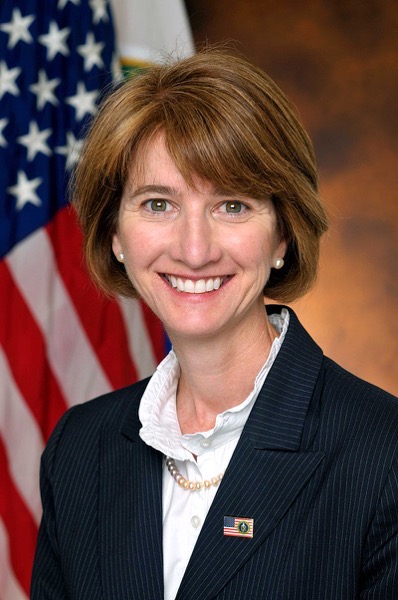 After the postdoctoral fellowship, Johnson was appointed assistant professor of electrical and computer engineering at the University of Colorado Boulder in 1985, where she co-founded the National Science Foundation (NSF) Engineering Research Center (ERC) for Optoelectronic Computing Systems and spun off several companies from her research laboratory including ColorLink, Inc which was later sold to RealD, responsible for the technology that helped re-launch the 3D movie industry. Additionally, she co-founded the Colorado Advanced Technology Institute Center of Excellence in Optoelectronics. In 1999, Johnson was appointed Dean of the School of Engineering at Duke University, which would be later named for distinguished alumnus, Edmund T. Pratt Jr., CEO emeritus of Pfizer Corporation.