The Theremin Before Sci-Fi #MusicMonday 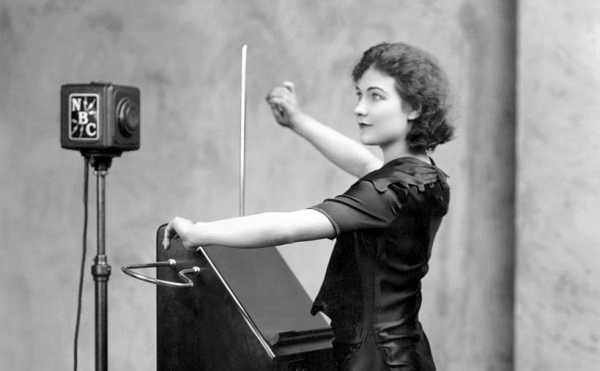 RCA Victor produced the first commercial theremin in 1929 under license from its inventor Leon Theremin, who was actually an amateur cellist. In fact, the tone of the instrument was shaped by the RCA engineers to mimic the frequency range of a cello.

That ad campaign was actually aimed at middle and upper class white women, and even though men played the instrument, it was mostly women who did the demonstrations (see the picture on the left of Alexandra Stepanoff on the NBC Radio Network broadcast from 1930). The women were called “Thereminists,” and would often give concerts and recitals in the 1930s and 40s.

Comments Off on The Theremin Before Sci-Fi #MusicMonday