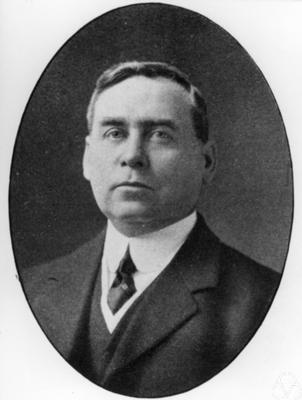 Fields is best known for his development of the Fields Medal, which is considered by some to be the Nobel Prize in Mathematics, although there are differences between the awards. First awarded in 1936, the medal was reintroduced in 1950 and has been awarded every four years since. It is awarded to two to four mathematicians, under the age of 40, who have made important contributions to the field. 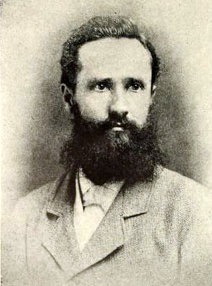 The Salem witchcraft trial of 1878, also known as the Ipswich witchcraft trial[3][4] and the second Salem witch trial, was an American civil case held in May 1878 in Salem, Massachusetts, in which Lucretia L. S. Brown, an adherent of the Christian Science religion, accused fellow Christian Scientist Daniel H. Spofford of attempting to harm her through his “mesmeric” mental powers. By 1918, it was considered the last witchcraft trial held in the United States. The case garnered significant attention for its startling claims and because it took place in Salem, the scene of the 1692 Salem witch trials. The judge dismissed the case.

She taught in Heidelberg (1924-1925) and briefly at the University of Frankfurt, from which she was dismissed – probably because she was Jewish. In 1928 she started postgraduate research at the Kaiser Wilhelm Institute for Biology (Berlin-Dahlem) in Developmental Physiology under Otto Mangold. In 1929 she abandoned her work with Mangold: he would later join the Nazi party, and Auerbach found his dictatorial manner unpleasant. In reply to her suggestion to change direction of her project, he replied “You are my student, you do as I say. What you think is of no consequence!”.

She again taught biology in several schools in Berlin – until the Nazi party ended this by law as she was Jewish. Following her mother’s advice, she left the country in 1933 and fled to Edinburgh where she got her PhD in 1935 at the Institute of Animal Genetics in the University of Edinburgh. She would stay affiliated to this Institute throughout her whole career. 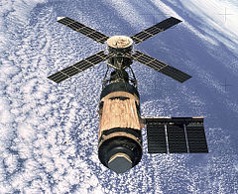 Skylab was the first space station launched and operated by NASA, occupied for about 24 weeks between May 1973 and February 1974; it was the only space station that the United States has operated exclusively. It fell back to Earth amid worldwide media attention in 1979. Skylab included a workshop, a solar observatory, and several hundred life science and physical science experiments.