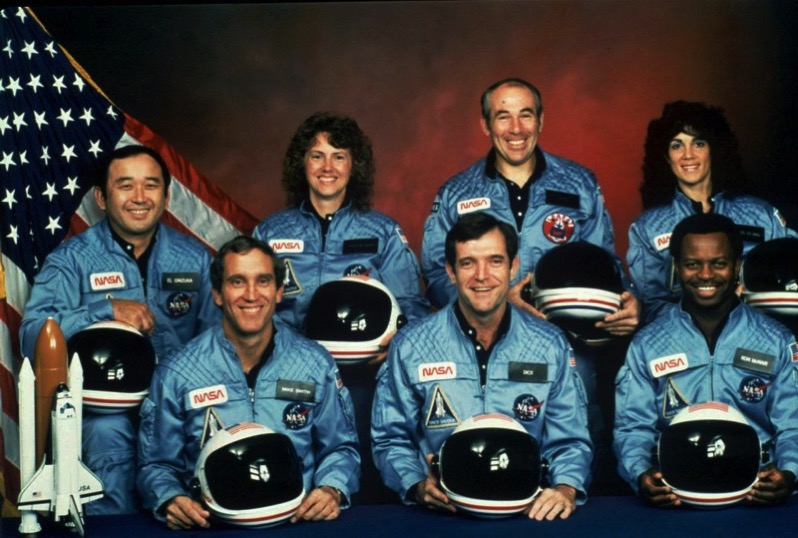 This write up of Ellison S. Onizuka comes from the astronauts memorial foundation. The AMF’s mission is to honor fallen astronauts. VIA AMF

Born June 24, 1946 in Kealakekua, Kona, Hawaii. Ellison S. Onizuka received both a bachelor of science degree and a master of science degree in aerospace engineering from the University of Colorado. Onizuka and his wife, Lorna Leike Onizuka, have two children, Janelle and Darien.

Onizuka was asssigned as a mission specialist on space shuttle Challenger STS 51-L, which broke apart one minute and 13 seconds after its launch.

Ellison S. Onizuka made the ultimate sacrifice and lost his life in service to the nation and the space program on January 28, 1986 at 39 years of age.