Tyrannosaurus Rex Gets a Little Sibling 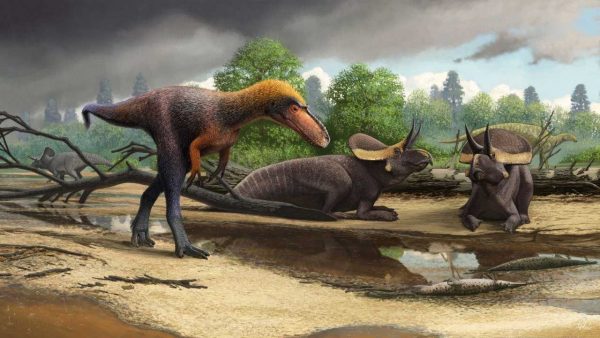 A new relative of the Tyrannosaurus rex – much smaller than the huge, ferocious dinosaur made famous in countless books and films, including, yes, “Jurassic Park” – has been discovered and named by a Virginia Tech paleontologist and an international team of scientists.

The newly named tyrannosauroid dinosaur – Suskityrannus hazelae – stood roughly 3 feet tall at the hip and was about 9 feet in length, the entire animal only marginally longer than the just the skull of a fully grown Tyrannosaurus rex, according to Sterling Nesbitt, an assistant professor with Department of Geosciences in the Virginia Tech College of Science. In a wild twist to this discovery, Nesbitt found the fossil at age 16 whilst a high school student participating in a dig expedition in New Mexico in 1998, led by Doug Wolfe, an author on the paper.

Comments Off on Tyrannosaurus Rex Gets a Little Sibling