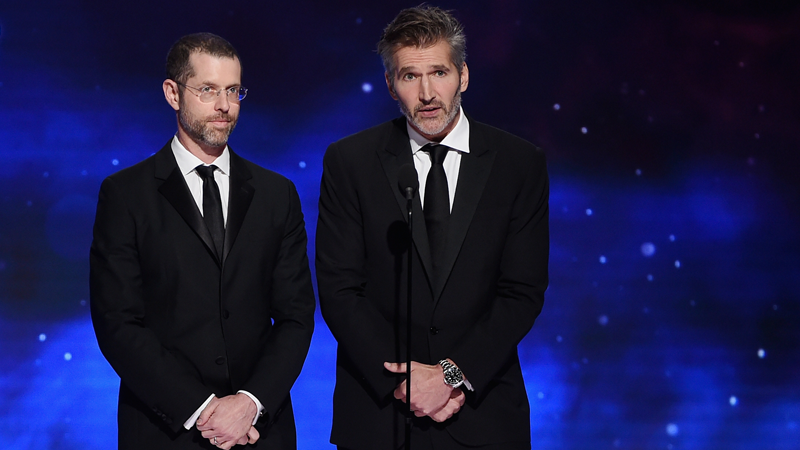 Many hardcore GoT fans aren’t sure what to make of this news after the show’s controversial last season. Nonetheless, I’m sure this will get them to the theaters for the next Star Wars either way!

We’re going from Westeros to a galaxy far, far away. While speaking at the MoffetNathanson Media & Communications summit today, Walt Disney Company chairman Bob Iger confirmed that the next Star Wars film following The Rise of Skywalker will be from Game of Thrones showrunners David Benioff and D.B. Weiss, coming in 2022.

“We did a deal with David Benioff and D.B Weiss, who are famous for Game of Thrones, and the next movie that we release will be theirs,” Iger said. “And we’re not saying anything more about that.”