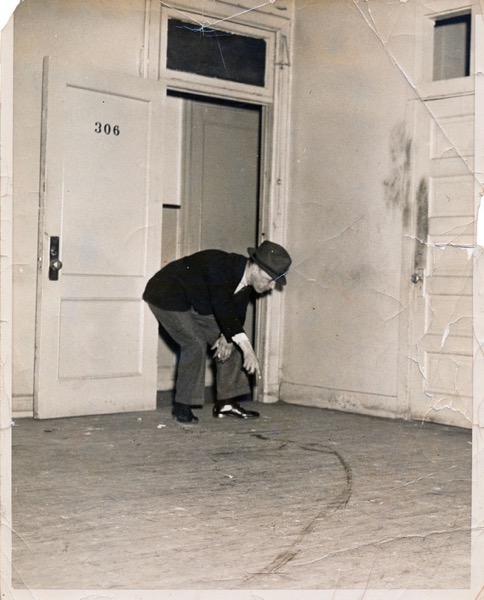 We’re all suckers for a case of lost and found. And this one comes straight out of an episode of Naked City, except the photos are of real crime scenes. Check out the fun and fascinating piece in full by Christopher Bonanos on Vulture.

In 1970, an artist named David Young bought a box of 1930s news photos at a secondhand store in Philadelphia. He just liked the look of them, he says now, and he stuck a couple on the wall of his studio with masking tape. Eventually, he moved to Seattle, and the box of photos went into a kitchen cabinet and stayed there.

Earlier this year, he pulled it out for a look. The prints had, over the years, curled up into a tight roll, and he had to slide them apart from one end. That’s when he noticed that most of them bore a photographer’s stamp on the back: PHOTO BY A. FELLIG. Five decades ago, he had not been able to Google that name, but in 2019 he quickly discovered that Arthur Fellig was the given name of Weegee, the legendary crime-and-mayhem photographer of mid-century New York. Young soon got in touch with me. (I’m Weegee’s biographer.) He couldn’t send me scans because the prints were so tightly curled, but he did send me a snapshot of them, and I recognized Weegee’s handwriting on several of the backs. Eventually, based on some further Googling, Young rigged up a homemade humidifying chamber that allowed him to flatten the photographs — gently — and get them on a scanner.