The first day of PyCon2019 featured the Python Language Summit. Scott Shawcroft of Adafruit discussed the History of CircuitPython, a small, education oriented version of Python for microcontrollers.

The history of CircuitPython begins with MicroPython, a Python interpreter written from scratch for embedded systems by Damien George starting in 2013. Three years later, Adafruit hired Shawcroft to port MicroPython to the SAMD21 chip they use on many of their boards. Shawcroft’s top priority was serial and USB support for Adafruit’s boards, and then to implement communication with a variety of sensors. “The more hardware you can support externally,” he said, “the more projects people can build.” 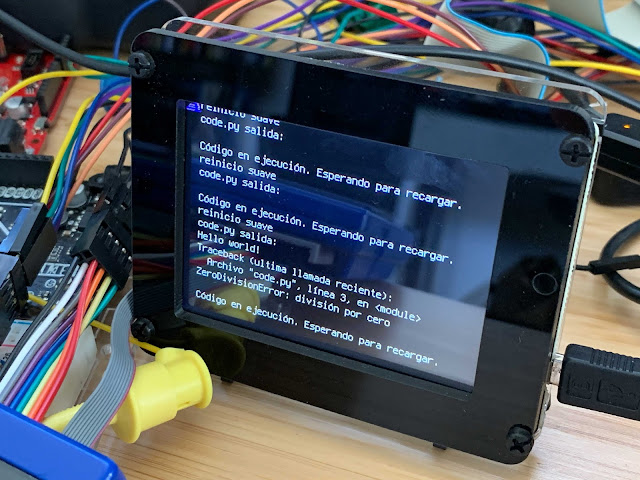 A Minimal Barrier To Entry

Shawcroft aims to remove all roadblocks for beginners to be productive with CircuitPython. As he demonstrated, CircuitPython auto-reloads and runs code when the user saves it; there are two more user experience improvements in the latest release. First, serial output is shown on a connected display, so a program like print("hello world") will have visible output even before the coder learns how to control LEDs or other observable effects.

Second, error messages are now translated into nine languages, and Shawcroft encourages anyone with language skills to contribute more. Guido van Rossum and A. Jesse Jiryu Davis were excited to see these translations and suggested contributing them to CPython. Shawcroft noted that the existing translations are MIT-licensed and can be ported; however, the translations do not cover all the messages yet, and CircuitPython cannot show messages in non-Latin characters such as Chinese. Chinese fonts are several megabytes of characters, so the size alone presents an unsolved problem.

See the entire article on pyfound.blogspot.com >>> 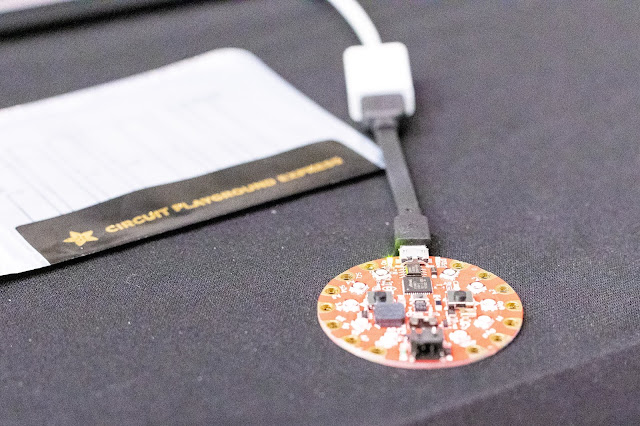 CircuitPython fan? Let us know in the comments below.