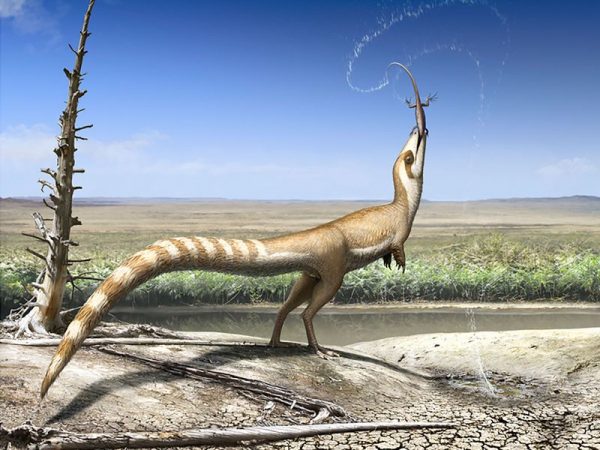 Raise your hand in the air if your only references for the colors of dinosaurs are The Land Before Time, Jurassic Park, The Lost World or some other movie or television show. Well, that might change soon.

On December 9, 1833, the English fossil collector Elizabeth Philpot sent a letter to naturalist William Buckland. In addition to requesting back some vertebrae of a marine reptile Buckland had borrowed, Philpot also included notes on a recent trip with a young upstart fossil hound—the pioneering paleontologist Mary Anning. But what made the note special was an illustration Philpot had included with the letter. It depicted the toothy smile of an Ichthyosaurus skull, drawn after one of the many such fossils that Philpot, her sisters and Anning were finding in the ancient rocks of England’s southern coast. And it wasn’t drawn in any ordinary ink. The sepia tones were made from the preserved ink of a squid-like creature found in the same deposits as the ichthyosaur, revitalized after 200 million years.