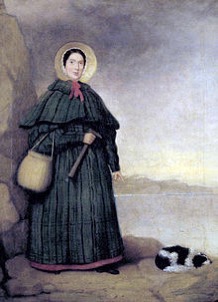 Anning searched for fossils in the area’s Blue Lias cliffs, particularly during the winter months when landslides exposed new fossils that had to be collected quickly before they were lost to the sea. She nearly died in 1833 during a landslide that killed her dog, Tray. Her discoveries included the first ichthyosaur skeleton correctly identified; the first two more complete plesiosaur skeletons found; the first pterosaur skeleton located outside Germany; and important fish fossils. Her observations played a key role in the discovery that coprolites, known as bezoar stones at the time, were fossilised faeces. She also discovered that belemnite fossils contained fossilised ink sacs like those of modern cephalopods. When geologist Henry De la Beche painted Duria Antiquior, the first widely circulated pictorial representation of a scene from prehistoric life derived from fossil reconstructions, he based it largely on fossils Anning had found, and sold prints of it for her benefit.

A rack railway (also rack-and-pinion railway, cog railway, or cogwheel railway) is a steep grade railway with a toothed rack rail, usually between the running rails. The trains are fitted with one or more cog wheels or pinions that mesh with this rack rail. This allows the trains to operate on steep grades above around 7 to 10%, which is the maximum for friction-based rail. Most rack railways are mountain railways, although a few are transit railways or tramways built to overcome a steep gradient in an urban environment. 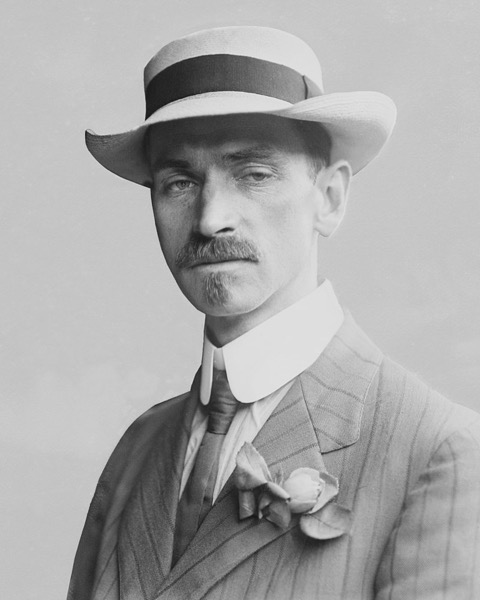 Curtiss began his career as a Western Union bicycle messenger, a bicycle racer, and bicycle-shop owner. In 1901, he developed an interest in motorcycles when internal-combustion engines became more available. In 1902, Curtiss began manufacturing motorcycles with his own single-cylinder engines. His first motorcycle’s carburetor was adapted from a tomato soup can containing a gauze screen to pull the gasoline up by capillary action.[2][3][4] In 1903, he set a motorcycle land speed record at 64 miles per hour (103 km/h) for one mile (1.6 km). When E.H. Corson of the Hendee Mfg Co (manufacturers of Indian motorcycles) visited Hammondsport in July 1904, he was amazed that the entire Curtiss motorcycle enterprise was located in the back room of the modest “shop”. Corson’s motorcycles had just been trounced the week before by “Hell Rider” Curtiss in an endurance race from New York to Cambridge, Maryland.

Douglas attended the University of Cambridge in 1950. In 1952, while working towards earning his PhD, he wrote a thesis which focused on human-computer interactions and he needed an example to prove his theories. At that time, Cambridge was home to the second stored-program computer, the EDSAC or Electronic Delay Storage Automatic Calculator (the first being Manchester University’s “Baby”, which ran its first program on 21 June 1948). This gave Douglas the perfect opportunity to prove his findings by programming the code for a simple game where a player can compete against the computer – OXO. 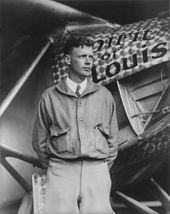 In the early morning of Friday, May 20, 1927, Lindbergh took off from Roosevelt Field across the Atlantic Ocean for Paris, France. His monoplane was loaded with 450 U.S. gallons (1,704 liters) of fuel that was strained repeatedly to avoid fuel line blockage. The fully loaded aircraft weighed 5,135 lb (2,329 kg), with takeoff hampered by a muddy, rain-soaked runway. Lindbergh’s monoplane was powered by a J-5C Wright Whirlwind radial engine and gained speed very slowly during its 7:52 a.m. takeoff, but cleared telephone lines at the far end of the field “by about twenty feet [six meters] with a fair reserve of flying speed”.[50]

Over the next ​33 1⁄2 hours, Lindbergh and the Spirit faced many challenges, which included skimming over storm clouds at 10,000 ft (3,000 m) and wave tops at as low as 10 ft (3.0 m). The aircraft fought icing, flew blind through fog for several hours, and Lindbergh navigated only by dead reckoning (he was not proficient at navigating by the sun and stars and he rejected radio navigation gear as heavy and unreliable). He was fortunate that the winds over the Atlantic cancelled each other out, giving him zero wind drift – and thus accurate navigation during the long flight over featureless ocean. He landed at Le Bourget Aerodrome at 10:22 p.m. on Saturday, May 21.[54] The airfield was not marked on his map and Lindbergh knew only that it was some seven miles northeast of the city; he initially mistook it for some large industrial complex because of the bright lights spreading out in all directions‍— in fact the headlights of tens of thousands of spectators’ cars caught in “the largest traffic jam in Paris history” in their attempt to be present for Lindbergh’s landing.