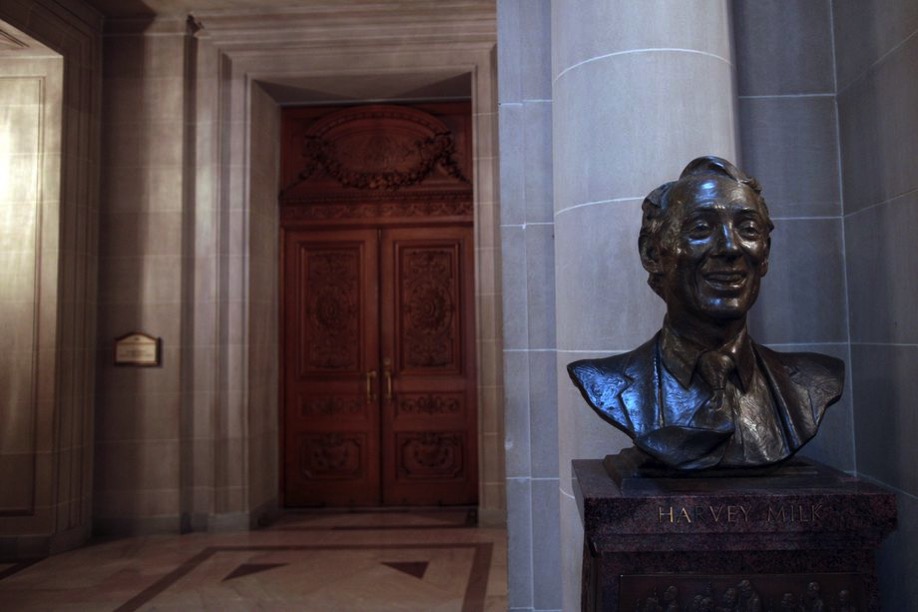 Harvey Milk Day is organized by the Harvey Milk Foundation and celebrated each year on May 22 in memory of Harvey Milk, a gay rights activist assassinated in 1978. SFO terminal 1 was renamed to commemorate Harvey Milk over 5 years ago. Last month an ordinance was passed ordering SFO to finally change the designs of their signs to add Milks name. Via Curbed San Francisco

On Wednesday, the Board of Supervisors’ Budget and Finance Committee passed an ordinance ordering SFO to spend more than $1 million on new signs on the terminal bearing Milk’s name, even specifying how large the letters must be relative to other words on the name signs.

The order lays out the design in exact detail:

The signage identifying the terminal for drivers, on the exterior of the terminal generally facing the roadway and the domestic parking garage, shall state “Harvey Milk Terminal” in a sign with lettering in which capital letters are at least four feet high.

Additionally, wherever signage identifying “Terminal 1” appears on the interior or exterior of the terminal or Airport. the words “Harvey Milk” shall appear in equal or greater height.
In 2018, SF lawmakers voted unanimously to name Terminal One—not the entire airport—after Milk.