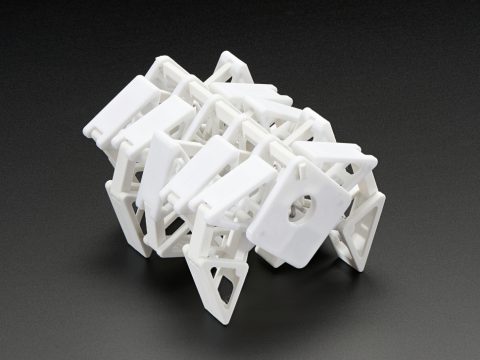 There is a large cost barrier in front of the manufacturing and technology for3D printing (some of Shapeways printers, for example, have a sticker price of around $1 million), but the barrier to designing a 3D printed object is a lot smaller.

The Shapeways Marketplace allows would-be manufacturers to take advantage of their design skills by giving them access to large scale 3D printers, and by letting them establish “shops”, which are repositories of curated designs. The “shop” owner designs the product and sells it for a slight markup over what it would cost to buy it from Shapeways directly.

3Dprint.com ran an announcement that Shapeways has integrated this marketplace with Etsy, such that the Etsy “shop” is linked directly up to a Shapeways “shop”. Shapeways, on its own, was at risk of being too niche — notable only as 3D printing service rather than a manufacturing service. Integrated with Etsy, however, it’s just one form of manufacturing in a sea of others — and its a huge step towards a bigger and diversified market.

3D printing is still heralded as the manufacturing of the future (though the buzz has died down somewhat), but its largely unnoticed and unused by the general public. Desktop 3D printers are one way to cut cost of 3D printing and make the technology more ubiquitous. They’re indeed an impressive display of how far the technology has come, but the devices are still expensive for the average user. Operating them (and repairing them) takes a fair amount of time and skill. It hasn’t had the democratizing effect one might have thought.

Shapeways is trying to deliver a democratized production capability, but is using scale of production instead of scale of device to lower the consumer cost. The jury is still out on the company’s viability and success, but the Etsy integration makes their scale that much larger. If this model is going to last, this will have been an important step in pushing the company towards success.