Time Travel Tuesday #timetravel a look back at the Adafruit, maker, science, technology and engineering world\

585 B.C. – A solar eclipse occurs, as predicted by the Greek philosopher and scientist Thales. 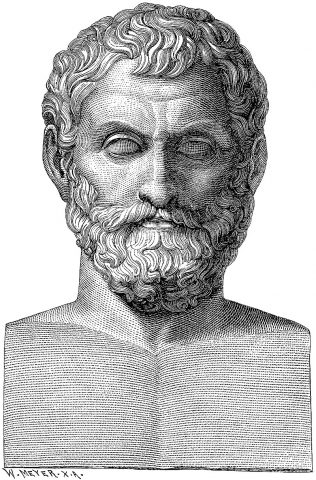 The dates of Thales’ life are not exactly known, but are roughly established by a few datable events mentioned in the sources. According to Herodotus, Thales predicted the solar eclipse of May 28, 585 BC. Diogenes Laërtius quotes the chronicle of Apollodorus of Athens as saying that Thales died at the age of 78 during the 58th Olympiad (548–545 BC) and attributes his death to heat stroke while watching the games.

Traditionally associated with the progressive movement, the club was one of the first large-scale environmental preservation organizations in the world, and currently engages in lobbying politicians to promote environmentalist policies. Recent focuses of the club include promoting sustainable energy, mitigating global warming, and opposing the use of coal. The club is known for its political endorsements, which are often sought after by candidates in local elections; it generally supports liberal and progressive candidates in elections.

Turing’s proof is a proof by Alan Turing, first published in January 1937 with the title On Computable Numbers, with an Application to the Entscheidungsproblem. It was the second proof of the assertion (Alonzo Church’s proof was first) that some decision problems are “undecidable”: there is no single algorithm that infallibly gives a correct “yes” or “no” answer to each instance of the problem. In his own words: “…what I shall prove is quite different from the well-known results of Gödel … I shall now show that there is no general method which tells whether a given formula U is provable in K [Principia Mathematica]…” (Undecidable, p. 145).

Younessi is recognized for his work in the fields of defect management, software and system development processes and is an authority in object-oriented computing. Examples of his work include the OPEN and the SBM methodologies and, more recently, recombinant programming.

A multi-disciplinarian, Younessi is also trained in molecular biology, genomics and bioinformatics. His primary interest is in systems and functional biology, particularly work that pertains to disease and development. He also holds a master’s degree in management, specializing in realistic alternative frameworks in economics and finance.

Comments Off on Time Travel Tuesday #timetravel a look back at the Adafruit, maker, science, technology and engineering world\