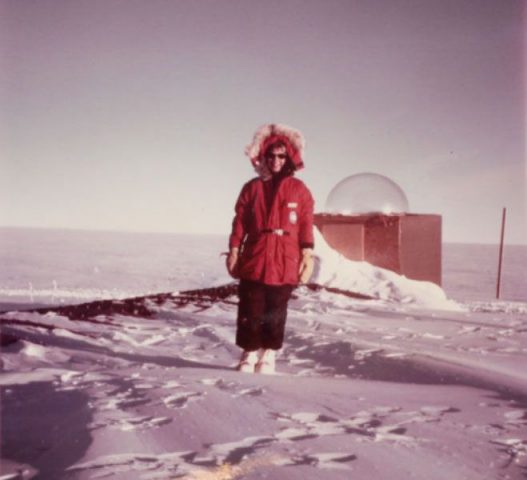 Adafruit celebrates women in engineering all year round! Irene Peden broke barriers and set an example for many women to come.

Irene Peden needed to get on the plane for Christchurch, New Zealand, or it was going to leave without her. But before she could continue on from New Zealand to the bottom of the world, where she planned to conduct research on the properties of Antarctic ice, someone needed to find another woman—and fast.

In 1970, Peden was en route to become the first female principal investigator working in the Antarctic interior. But the Navy, which oversaw Antarctic logistics at the time, would not let her go unless another woman accompanied her. The New Zealand geophysicist originally scheduled to join Peden was disqualified at the last minute after failing to pass her physical. Peden got on the plane to New Zealand not knowing whether she would be able to continue on to Antarctica or if her project was doomed to fail before it even began.