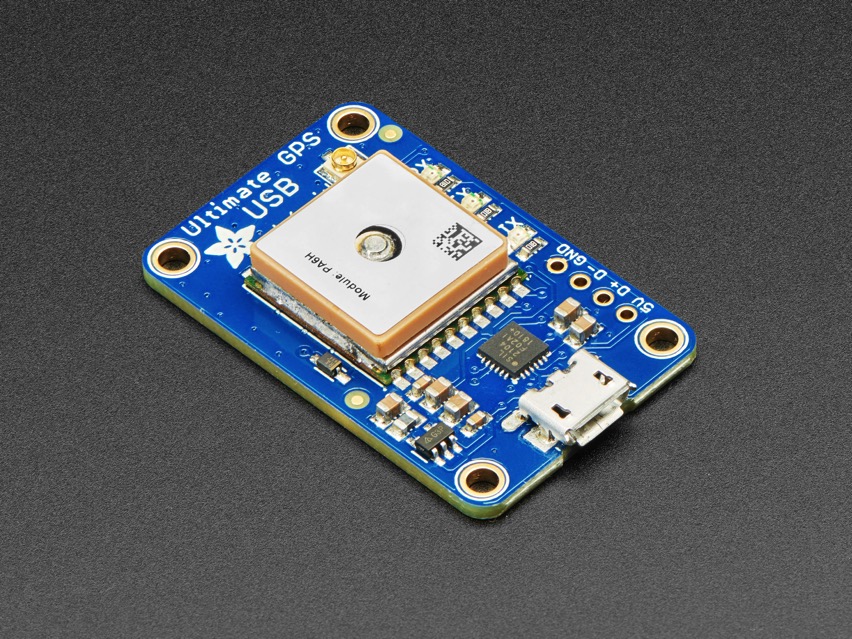 The Ultimate GPS module you know and love has a glow-up to let it be easily used with any computer, not just microcontrollers! With the built in USB-to-Serial converter, you can now plug-n-play the Ultimate GPS into your computer, laptop, embedded Linux computer, and more. Power and transport data over any micro USB cable, with handy on-board indicator LEDs that let you know fix status and whether data is being received & transmitted.

We believe this is the Ultimate USB GPS module, so we named it that. It’s got everything you want and more: 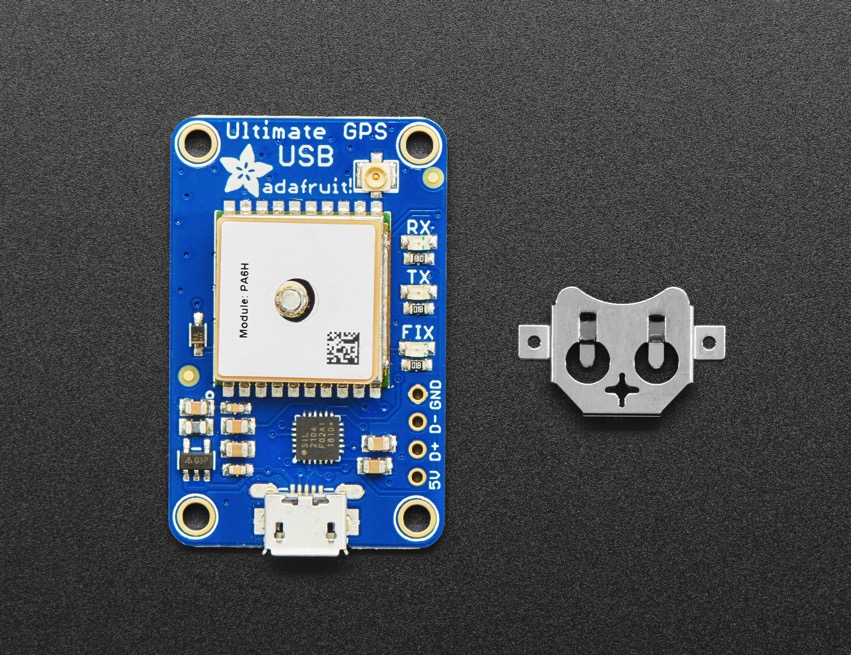 The breakout is built around the MTK3339 chipset, a no-nonsense, high-quality GPS module that can track up to 22 satellites on 66 channels, has an excellent high-sensitivity receiver (-165 dBm tracking!), and a built in antenna. It can do up to 10 location updates a second for high speed, high sensitivity logging or tracking. Power usage is incredibly low, only ~25 mA during navigation.

We added all the extra goodies you could ever want: 4-pin USB breakout for direct-soldering or connection to a USB host, two yellow receive/transmit LEDs let you know when data is being transmitted to or from the GPS module serial interface, a footprint for optional CR1220 coin cell to keep the RTC running and allow warm starts and a tiny bright red LED. The LED blinks at about 1Hz while it’s searching for satellites and blinks once every 15 seconds when a fix is found to conserve power. If you want to have an LED on all the time, we also provide the FIX signal out on a pin so you can put an external LED on.

Two features that really stand out about version 3 MTK3339-based module is the external antenna functionality and the the built in data-logging capability. The module has a standard ceramic patch antenna that gives it -165 dBm sensitivity, but when you want to have a bigger antenna, you can snap on any 3V active GPS antenna via the uFL connector. The module will automatically detect the active antenna and switch over! Most GPS antennas use SMA connectors so you may want to pick up one of our uFL to SMA adapters.

For use with a computer, use any GPS software or serial monitor software, at 9600 baud default serial rate. You will immediately get data on the serial port once its plugged in. If you want to parse data within Python 3, we have example code for our CircuitPython library that uses pyserial. 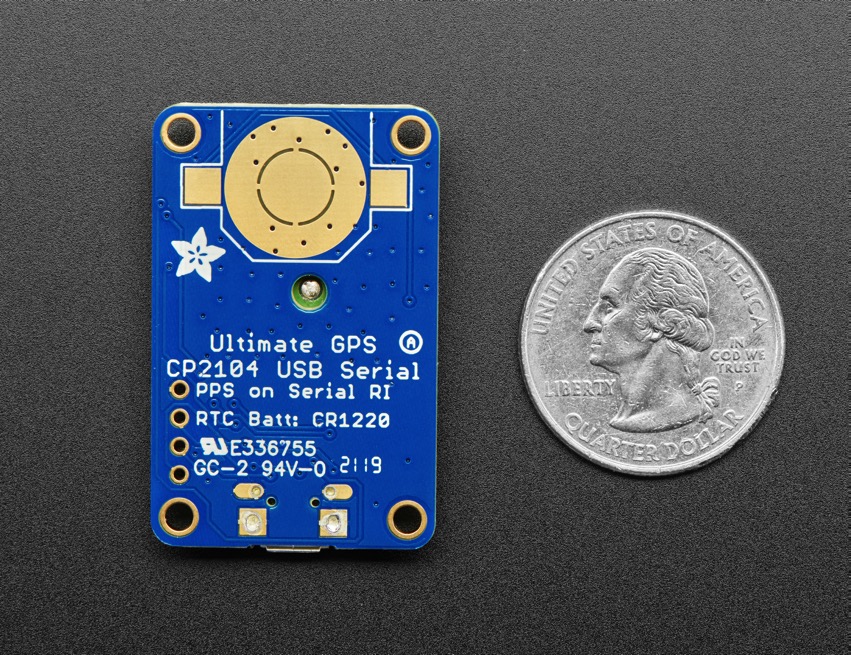