The History of the Rainbow Flag #Pride2019 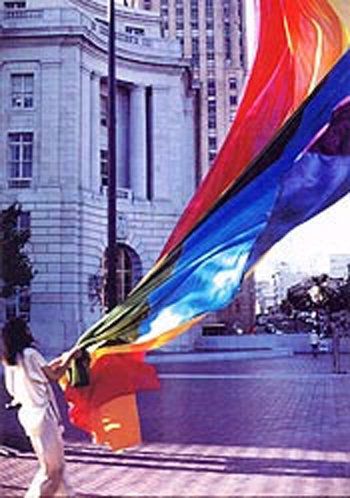 In contemplating how, precisely, he should reinvent that pattern, [Gilbert] Baker was aware that any design he produced would compete in popular imagination with a painful, if resilient, logo by which the gay community had long been identified. In Nazi concentration camps, men imprisoned because of their homosexuality were marked out by a pink triangle affixed to their clothing. In the decades following the end of World War Two, gay communities around the world stripped the pink badge of its intended humiliation and defiantly re-inflected it with pride. But however heroic that reclamation of meaning may have been, in Baker’s mind the symbol was still haunted by the ghosts of Hitler and the Holocaust. The gay community, he believed, deserved a fabulous emblem entirely of its own fashioning. “We needed something beautiful,” Baker concluded, “something from us.”

Comments Off on The History of the Rainbow Flag #Pride2019