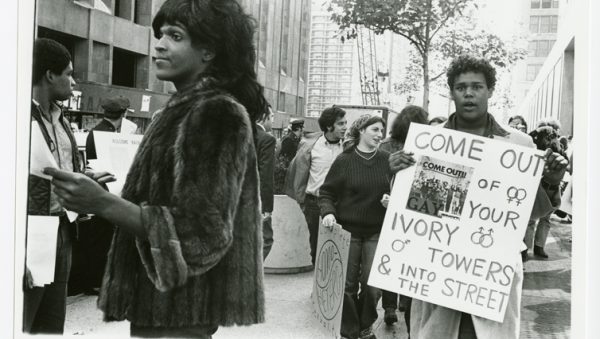 50 years after the riots at Stonewall, the Schomburg is celebrating the black and latinx LGBTQIA+ community and their resistance against homophobia, transphobia, and racism.

via the Schomburg Center for Research in Black Culture

In anticipation of the historic 50th year anniversary of the Stonewall Riots (the landmark black and brown-led 1969 rebellion that gave birth to the modern LGBT rights movement)—the Baldwin Hansberry Project will partner with the Schomburg Center for Research in Black Culture to host a special one day symposium entitled “After Stonewall: 50 Years of Black and Brown Resistance.”

The keynote event of this symposium will be a staged public intergenerational dialogue between leading black LGBT activists reflecting on the various “lessons” that Stonewall teach contemporary activists (i.e. the importance of letting Transwomen lead; the political effectiveness of disruptive direct action; and the power of multiracial organizing). During the symposium, we will launch the hashtag #BlackStonewall50 as a public awareness campaign that highlights the black and brown roots of Stonewall.

Read more and attend the event!