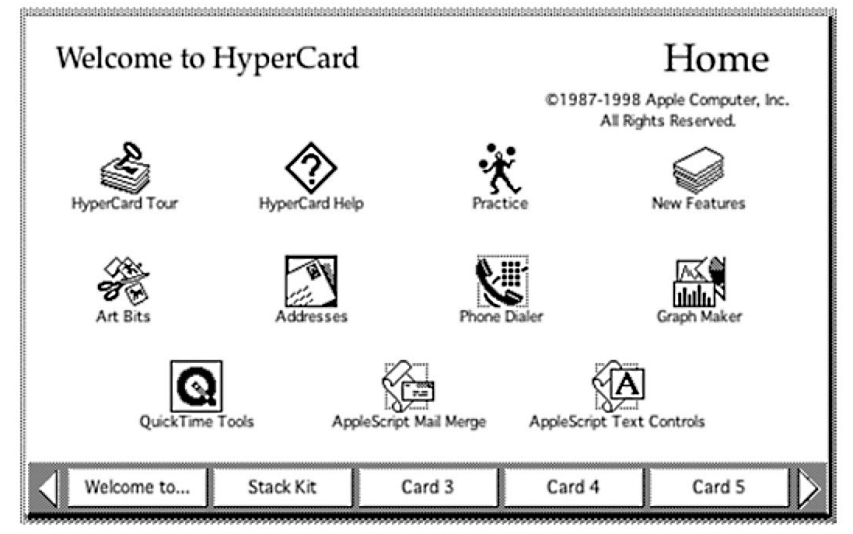 HyperCard was a software application and development kit for Apple Macintosh and Apple IIGS computers. It was among the first successful hypermedia systems predating the World Wide Web. Could this model be resurrected to run on modern IoT handhelds?

This combination of features – a database with simple form layout, flexible support for graphics, and ease of programming – suits HyperCard for many different projects such as rapid application development of applications and databases, interactive applications with no database requirements, command and control systems, and many examples in the demoscene.

HyperCard was originally released in 1987 for $49.95 and was then included for free with all new Macs sold. It was withdrawn from sale in March 2004, having received its final update in 1998 upon the return of Steve Jobs to Apple. HyperCard runs in the Classic Environment, but was not ported to Mac OS X.

Below is an introduction to Apple’s Hypercard from 1987 for context.

HyperCard influenced the development of the Web in late 1990 through its influence on Robert Cailliau, who assisted in developing Tim Berners-Lee’s first Web browser. Javascript was inspired by HyperTalk.

With the advent of other software, HyperCard was no longer sold with Macs by the turn of the century. The software can run in computer emulators but that is an extra layer of software and hardly portable.

It would be a natural fit for bringing together the current breed of microcontrollers, like the Microchip SAMD51 and increasingly cheaper LCD displays to implement a hypercard-like program on hardware. Microsoft MakeCode Arcade is spawning a new generation of Internet of Things devices with a strong microcontroller coupled with an LCD screen. These devices run CircuitPython, a natural language for applications development, with strong graphical capabilities, access to storage like the Macs of old, and now Internet connectivity, if desired.

Adafruit Industries is leading the technology industry in hardware integration. Starting with their PyPortal IoT Screen, they’ve subsequently introduced the PyBadge series and the PyGamer series. These low cost, high performance devices would be a natural fit for hypercard-like software.

Keep an eye on the Adafruit Blog for additional details.

There are still learning materials available online for knowing how to use HyperCard. See this Adafruit Blog post for details. 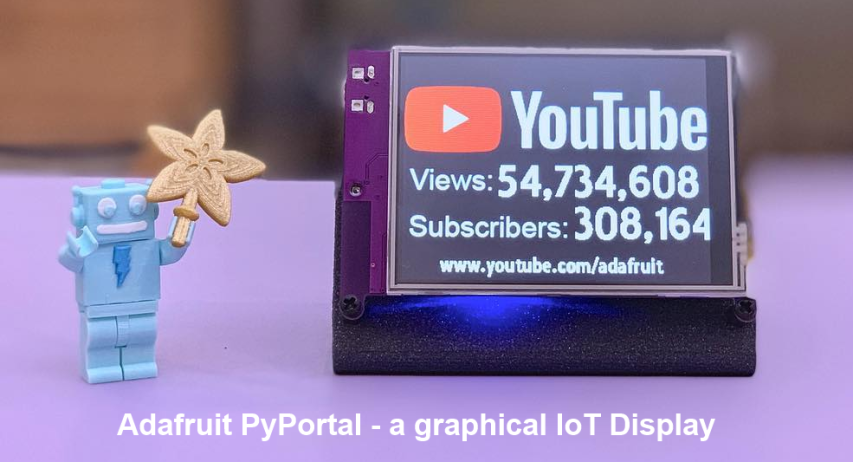