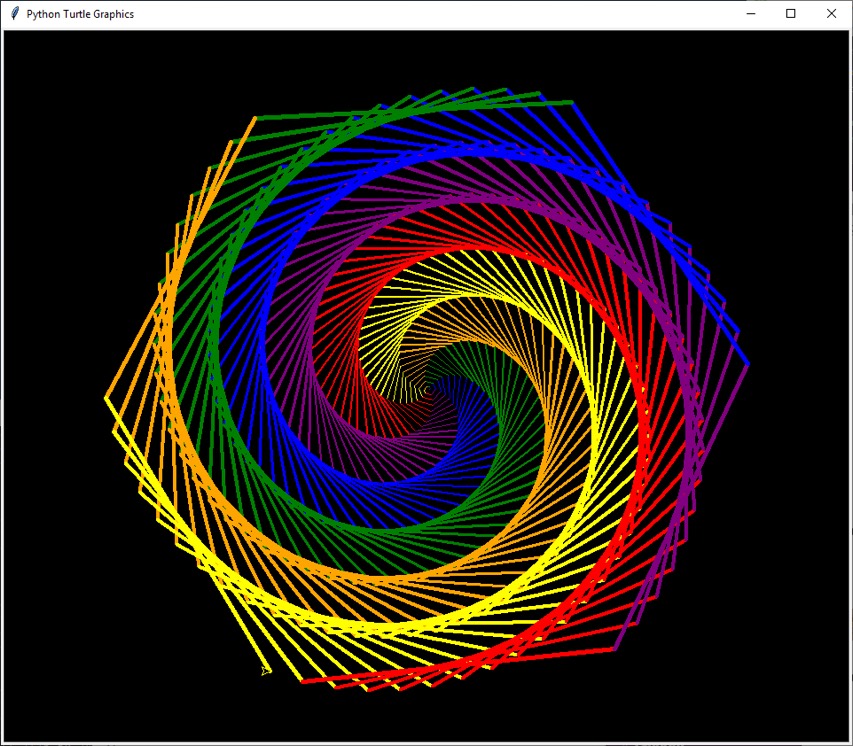 What is turtle? For Python it is…

Turtle graphics is a popular way for introducing programming to kids. It was part of the original Logo programming language developed by Wally Feurzig and Seymour Papert in 1966.

Turtle graphics are often associated with the Logo programming language. Seymour Papert added support for turtle graphics to Logo in the late 1960s to support his version of the turtle robot, a simple robot controlled from the user’s workstation that is designed to carry out the drawing functions assigned to it using a small retractable pen set into or attached to the robot’s body. Turtle geometry works somewhat differently from (x,y) addressed Cartesian geometry, being primarily vector-based (i.e. relative direction and distance from a starting point) in comparison to coordinate-addressed systems such as PostScript. As a practical matter, the use of turtle geometry instead of a more traditional model mimics the actual movement logic of the turtle robot. The turtle is traditionally and most often represented pictorially either as a triangle or a turtle icon (though it can be represented by any icon).

Today, the Python programming language’s standard library includes a Turtle graphics module. Like its Logo predecessor, the Python implementation of turtle allows programmers to control one or more turtles in a two-dimensional space. Since the standard Python syntax, control flow, and data structures can be used alongside the turtle module, turtle has become a popular way for programmers learning Python to familiarize themselves with the basics of the language.

Filed under: CircuitPython — by phillip torrone