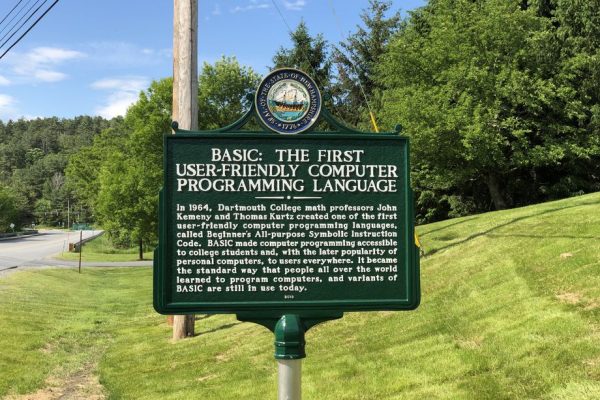 New Hampshire has installed what appears to be the first historical highway marker honoring computer programming, according to the Concord Monitor. The new sign honors BASIC, Beginner’s All-purpose Symbolic Instruction Code, a programming language that was invented at Dartmouth College in 1964.

The sign came about after Concord Monitor journalist David Brooks noted in a column that the state’s 255 historical markers honored things like bridges and historical figures, but that there was “distressingly little celebration of New Hampshire’s technical and scientific accomplishments.” He went on to advocate for the state to install a sign for BASIC and the Dartmouth Time-Sharing System — a precursor to the internet. “They matter at least as much as a covered bridge,” Brooks wrote.