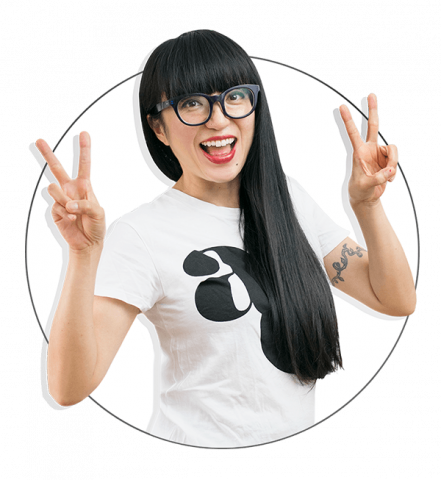 Misako Rocks! is an amazing Japanese manga artist. She currently lives in NYC and teaches Manga at The Chapin School.

Misako Takashima (known professionally as Misako Rocks!) is a Japanese comic strip artist and writer/illustrator of children’s books, known for her illustrations in the column “Savage Love” and other features in The Onion, and for her appearance in the BBC documentary Story of Drawing. She has also published work in the United Kingdom manga anthology Manga Mover and has signed with Hyperion Books to publish manga in the United States.

According to art critic Andrew Graham Dixon, she is “an artist who follows many of the ancient visual and narrative traditions from which manga has evolved, but at the same time brings them into the modern world and gives them her own deeply personal interpretation.” A shy child, she has said that she spent her childhood drawing, and hiding. “I just wanted to put my fantasy world on paper.”

Check out her Instagram, website, and if you’re in the NYC area you can attend her Japanese Manga Art Workshop.