The Accidental Invention of the Super Soaker 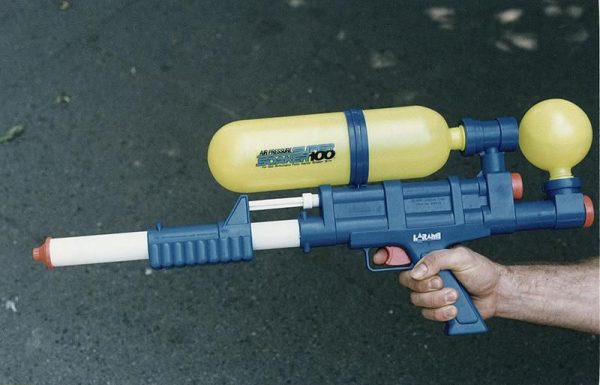 Summer is here, which means it’s time to break out the super soaker. Smithsonian takes a dive into how Lonnie Johnson invented it.

You might think it doesn’t take a rocket scientist to invent a squirt gun like the Super Soaker. But Lonnie Johnson, the inventor who devised this hugely popular toy that can drench half the neighborhood with a single pull of the trigger, actually worked on the Galileo and Cassini satellite programs and at NASA’s Jet Propulsion Laboratory, where he helped develop the B2 stealth bomber.

Johnson is a prodigious creator, holding more than 120 patents on a variety of products and processes, including designs for film lithium batteries, electrochemical conversion systems, heat pumps, therminonic generators and various items to enhance battery production, including a thin-film ceramic proton-conducting electrolyte. In addition to serious-science inventions, Johnson has also patented such versatile and amusing concepts as a hair drying curler apparatus, wet diaper detector, toy rocket launcher and Nerf Blasters. Yes, that rapid-fire system with foam darts that tempts the child in all of us to mount ambushes on unsuspecting relatives and pets.

Comments Off on The Accidental Invention of the Super Soaker