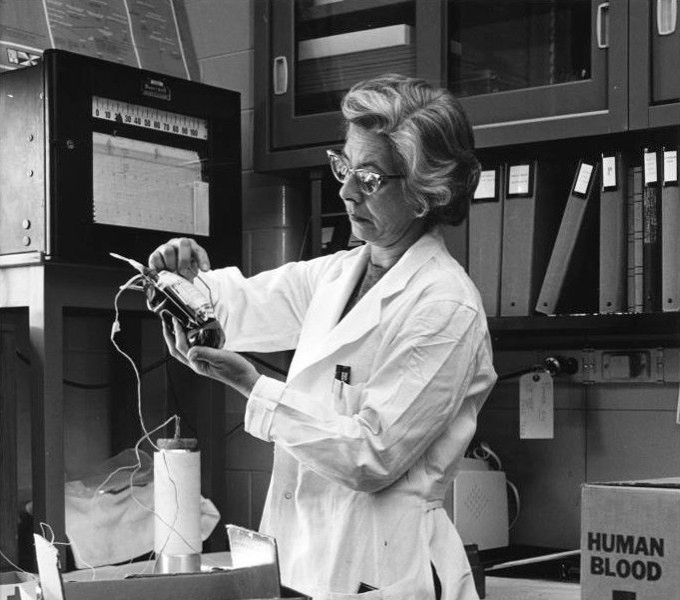 Check out this piece from Smithsonian Mag that details the important life and work of scientist Sarah Stewart.

If you’re an adolescent girl getting your annual checkup in the United States, your doctor will almost certainly double-check that you’ve gotten the HPV vaccine, otherwise known as Gardasil. The vaccine, which is 100 percent effective against certain strains of the human papillomavirus, is a no-brainer. Today it’s just one of the standard battery of vaccines recommended for preteen boys and girls across the country. But when it was first approved by the Food and Drug Administration in 2006, it was revolutionary.

Until the 1960s, scientists considered the idea of a cancer-causing virus to be preposterous. At the same time, more than 8,000 women a year were dying of cervical cancer, and researchers couldn’t figure out what was causing it. It was only in 1976 that a virologist named Harald zur Hausen identified the human papillomavirus, one of the first viruses known to lead to human cancer. From 1975 to 2014, deaths from cervical cancer dropped by 50 percent. In the future, widespread vaccination could lower cases of cervical cancer by as much as 90 percent, according to the National Cancer Institute.