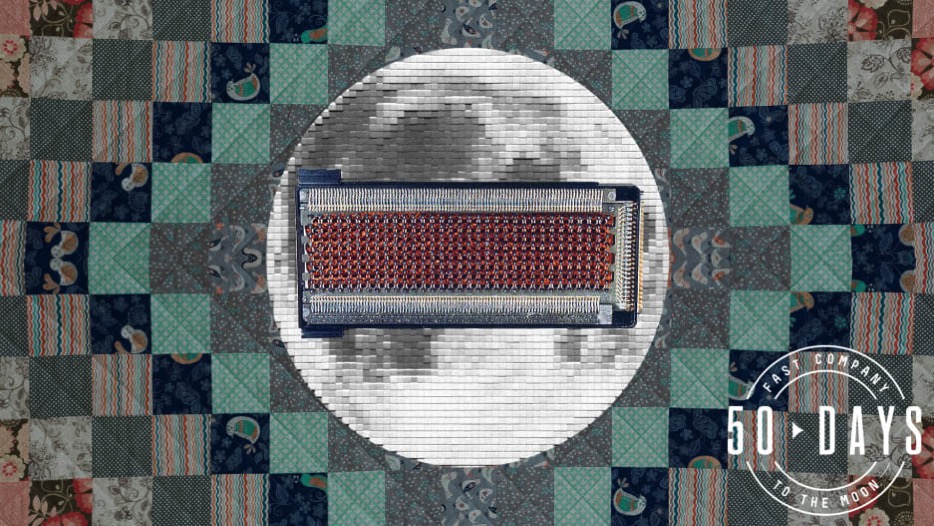 Fast Company is producing an exclusive series of 50 articles exploring the 50th anniversary of the first-ever Moon landing. This is part of that series, via FastCompany

The Apollo computer, like the lunar rover and the parachutes, was cutting-edge technology for the era, so much so that it, too, leaped ahead of the ability to manufacture it in an automated way.

The technology, tools, and materials required to fly to the Moon in the 1960s often stretched the limits of what was available, and once it was invented, actually manufacturing it for spaceflight often proved even harder. But here’s the thing: That didn’t slow anyone down. If the lunar rover wheels had to be woven by hand, so be it.

If the internals of the Apollo computer itself needed to be hand sewn, so be it.

And so, like the lunar rover wheels and the parachutes, the circuits and programs of the Apollo flight computers were also woven by hand, by women at a Raytheon factory in Waltham, Massachusetts. They sat at sophisticated looms, using long needles with wire attached to them instead of thread, carefully weaving the wiring that was the programming of the computers.

The software was, in fact, hardware.

It was an astonishing process that was tedious yet required absolute attention and precision. Every single 1 and 0 in the computer’s memory required a wire in exactly the right place. A single mis-wired strand meant the computer’s programs wouldn’t work properly—and might fail at some critical, potentially disastrous moment.