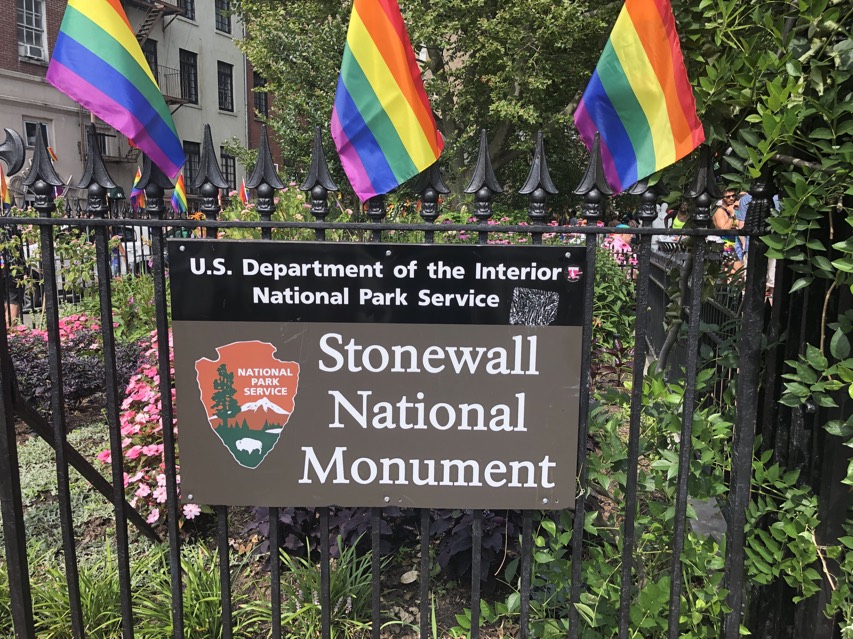 A few blocks from Adafruit, today’s photo for Pride weekend here in NYC –

Stonewall 50 – WorldPride NYC 2019, held in June of 2019, is a celebration marking the 50th anniversary of the 1969 Stonewall riots and WorldPride 2019, with related events in Manhattan, across New York City, New York State, and throughout the world. The 2019 festival is the first time WorldPride, the annual global LGBTQ pride event, is being held in the United States. The theme of the celebration and educational events is, “One World, One Pride, One New York City – Unite in 2019.”

The Stonewall uprising of June 1969 was a series of spontaneous, violent demonstrations by members of the gay (LGBT) community in Greenwich Village, New York City. Patrons of the Stonewall Inn, local street kids from the surrounding area, and members of the community who came from neighboring gay bars, fought back against an early morning police raid, refusing to be arrested for simply patronizing a gay bar and being out in public. The Stonewall rebellion is widely considered to be one of the most important events, and by many the most important event, leading to the gay liberation movement, and the modern fight for LGBT rights in the United States.

The events are being held throughout June, which is traditionally Pride month in New York City and worldwide, under the auspices of the annual NYC Pride March. Organizers are planning for Stonewall 50 – WorldPride NYC 2019 to be the largest international LGBTQ event in history, and are expecting as many as four million people to attend in Manhattan alone. Currently, the NYC Pride March rivals the São Paulo LGBTQ Pride Parade as the world’s largest LGBTQ event with over three million people.