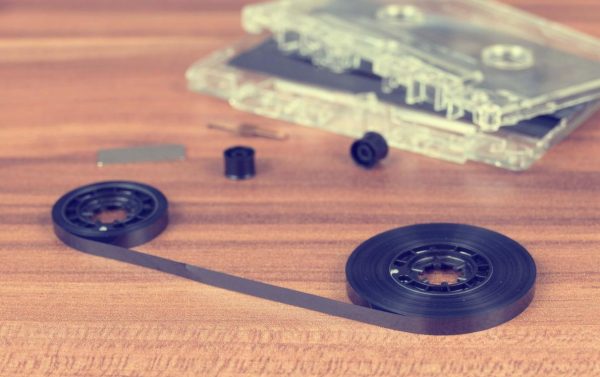 Currys Tech Talk has a fantastic little research project that produced an interactive tool called Music Samples Through Time. You know what sampling is, but unless you’re really into this stuff, you may not know how entangled all this stuff can get.

Things get particularly interesting when you explore music in the new millennium. Who doesn’t know “Toxic” by Britney Spears? The smash hit track is one of Spears’ best-remembered songs. Yet if you know what to listen out for, a cookie-cutter dance number is transformed into something much more layered, much more impressive.

The distinctive hook is lifted from a Bollywood track, “Good Sign, Bad Sign”. Go back to “Toxic” with this in mind and suddenly the Indian influences are hard to miss. It’s then that you discover that the writer of “Good Sign, Bad Sign” also helped compose the original 1962 James Bond theme song. By sampling a relatively unknown Bollywood track, “Toxic” unintentionally channels the spirit of Bond.

When you dig beneath the surface, there’s a story everywhere you look. With its disarmingly simple beat and catchy chorus, Gotye’s “Somebody That I Used to Know” is hard to get out of your head. But did you know that the original hook upon which the song rests was originally in a folk tune, “Seville?”

Dozens of stories abound and Music Samples Through Time, an initiative between Currys PC World and the Bose SoundLink Micro Bluetooth speaker, explores these stories in greater depth. Tracing sampling’s roots, its rise and its highlights, the campaign serves to illustrate just how widespread the practice is.

From the Music Samples Through Time tool

Sampling music – the art of taking a song, cutting it up, and weaving its threads through a new track – is common practice in modern music. But it’s by no means new. In fact, the artform goes back more than one hundred years.

Get a better feel for this history by examining the graph on the home page. The graph illustrates the number of tracks that have used samples – and been sampled – since 1910.

Comments Off on Music Samples Through Time #MusicMonday