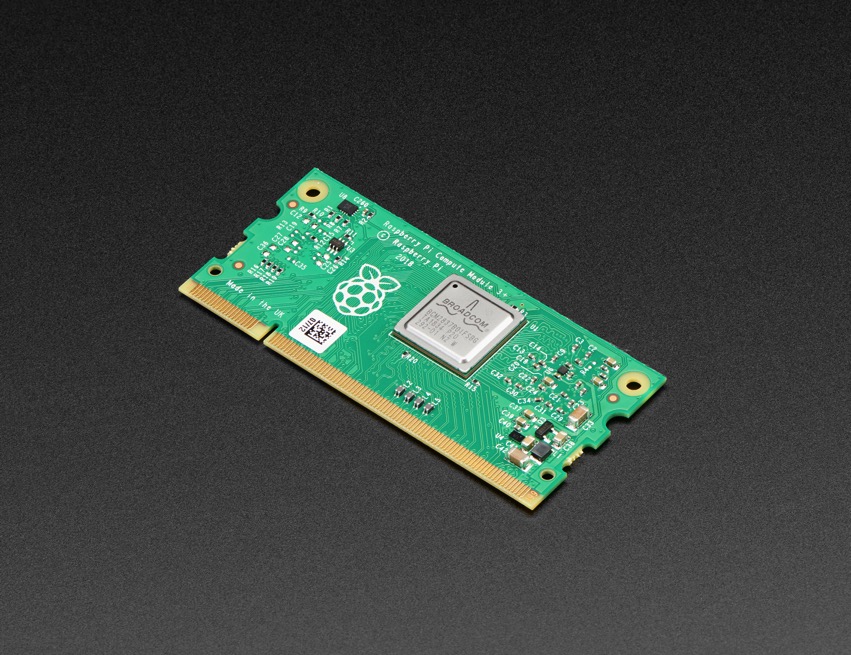 The Compute Module is a Raspberry Pi in a more flexible form factor, intended for industrial application. CM3+ (Compute Module 3+ Lite) is the Raspberry Pi 3 B+-based revision of the original Compute Module. The big update to the CM3+ compared to the CM3 series is the new heat spreader on the main processor which will let it run at full speed much faster without overheating. 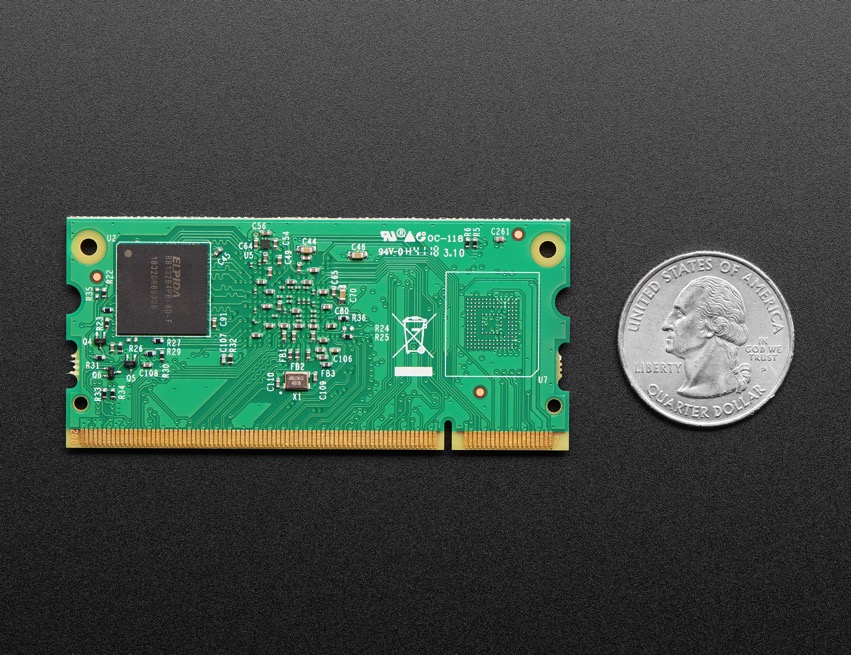 The Compute Module contains the guts of a Raspberry Pi 3 B+ (the BCM2837B0 processor and 1GB RAM). The Lite version does not come with on-module eMMC flash found on the Compute Module 3+. It also does not contain the WiFi/Bluetooth chipset that comes with the Pi 3 B+.

The Pi 3 B+ has a processor speed of 1.2GHz and runs at roughly 10 times the speed of the Pi 1 due to its quad-core CPU. This is all integrated on to a small 67.6mm x 31.1mm board which fits into a standard DDR2 SODIMM connector (the same type of connector as used for laptop memory).

This version is intended for users who will be adding and using an SD card interface on the interface board. Looking for the module with eMMC Flash? It’s right here! 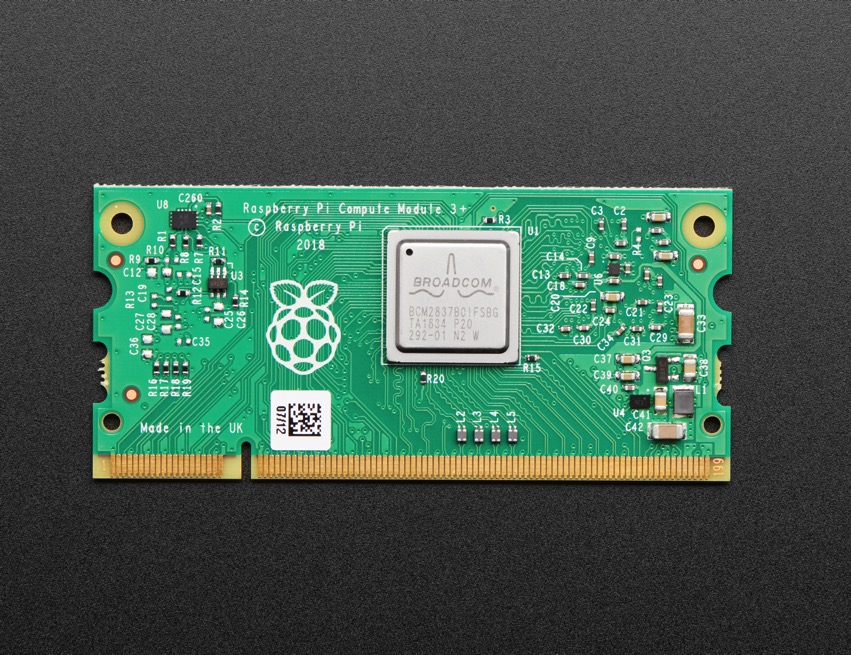