Was 1999 the Year Nerd Culture Began to Take Over the World? | #SciFiSunday 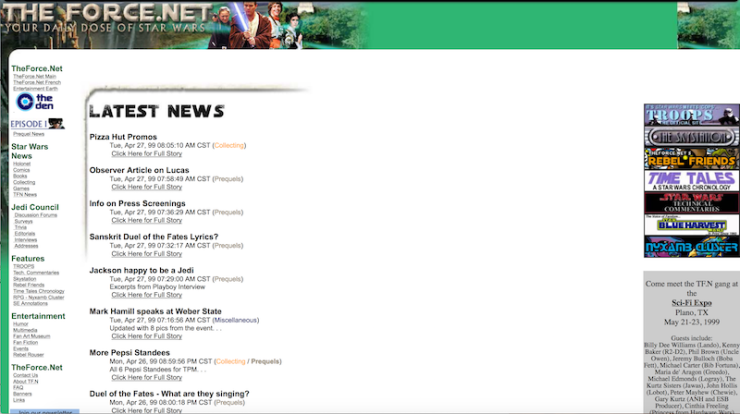 In a recent piece on Tor.com, Emily Asher-Perrin makes the case that 1999 was the dawn of the age of ‘nerd culture.’

In the transcendental year of 1999, it became clear to me that I was extremely cool.

No, that’s a lie, please don’t take that declaration even remotely seriously. I was twelve and thirteen years old in 1999, and no new teenager understands coolness on a base level, much less feels that coolness in their still-growing bones. The effortlessness of cool is not something that any tween can hope to emulate, the style inherent in the word “cool” has not yet developed by that age. So I was not cool. But there are now two solid decades between me and that year, and on reflection, I’ve realized something momentous:

1999 was the year when I got a glimpse of my future. And I’m pretty sure I’m not the only one.

Comments Off on Was 1999 the Year Nerd Culture Began to Take Over the World? | #SciFiSunday