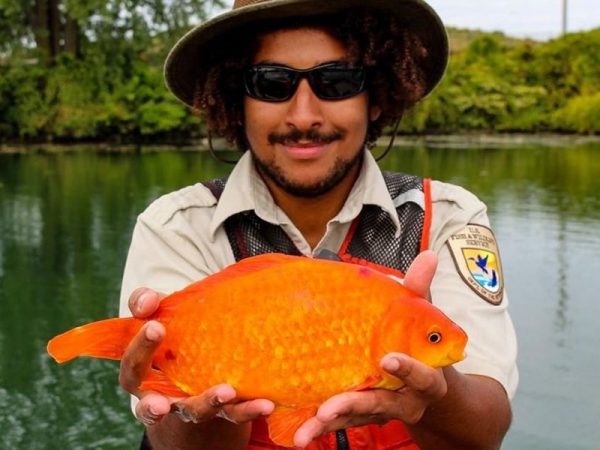 How many pet goldfish have you or the children in your life flushed down the toilet? After reading this, you’ll think twice before doing it.

The 2003 Pixar film Finding Nemo popularized the misconception that all drains lead to the ocean, encouraging young fans to flush their pet fish down the toilet in an ill-advised bid for freedom. As experts were quick to point out following the movie’s release, flushed fish typically die long before they reach the ocean, going into shock upon immersion in the toilet’s cold water, succumbing to the noxious chemicals found in the sewage system, or—if they make it this far—finding themselves eliminated at a water treatment plant.

But what happens to the few pet fish that survive this harrowing journey, as well as those released directly into the nation’s waterways? A photograph recently posted on Facebook by nonprofit Buffalo Niagara Waterkeeper (BNW) reveals one potential outcome: A 14-inch goldfish caught downstream of a wastewater treatment plant in the Black Rock Canal of New York’s Niagara River.