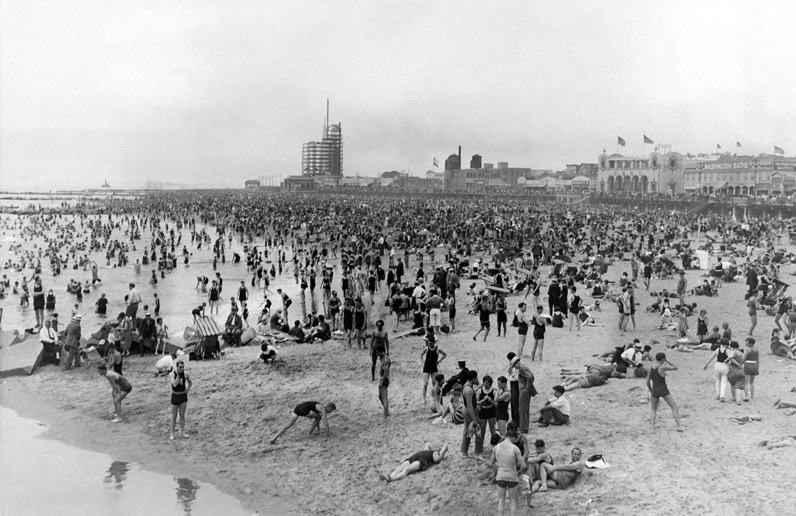 Fascintating story from Atlas Obscura that looks beyond the borders of Manhattan when discussing Queer history in NYC.

When World War II ended, Rusty Brown knew she was fired. She had been working as a machinist at the Brooklyn Navy Yard, a job that she liked and felt comfortable doing. But with the war effort winding down, the Navy Yard would soon cut 65,000 workers, with no clear alternative employment for the women who’d been hired to do jobs previously held by men now home from war. So Brown, who identified as a butch lesbian, used her grandfather’s name and ID, disguised herself as a boy, and got another factory job to support herself. Brown passed so well as a boy that she realized she could parlay this talent into something a little more lucrative. So she went to one of the only places in Brooklyn where she knew she could perform as a drag king: Coney Island.

To most, the prevailing narrative of queer history in 20th-century New York exists in Manhattan. Decades of private anger and repression culminated in a tipping point on June 28, 1969, when the explosive Stonewall Riots made a stab at some kind of liberation. Manhattan was known for its thriving populations of urban gay men, documented by the historian George Chauncey in 1994’s Gay New York. This is the limited geography the historian Hugh Ryan had always known as the queer history of New York, until one day, he wondered, what about Brooklyn? “Either there is a history that has not been recorded in a way that I’m able to find it, or gay people are like vampires and we can’t cross moving water and therefore we’re stuck in Manhattan,” Ryan said in an interview with the New York Public Library. After trying in vain to acquire a book on the queer history of Brooklyn, Ryan realized he needed to write one himself.

Comments Off on The Singular Queerness of Old Coney Island