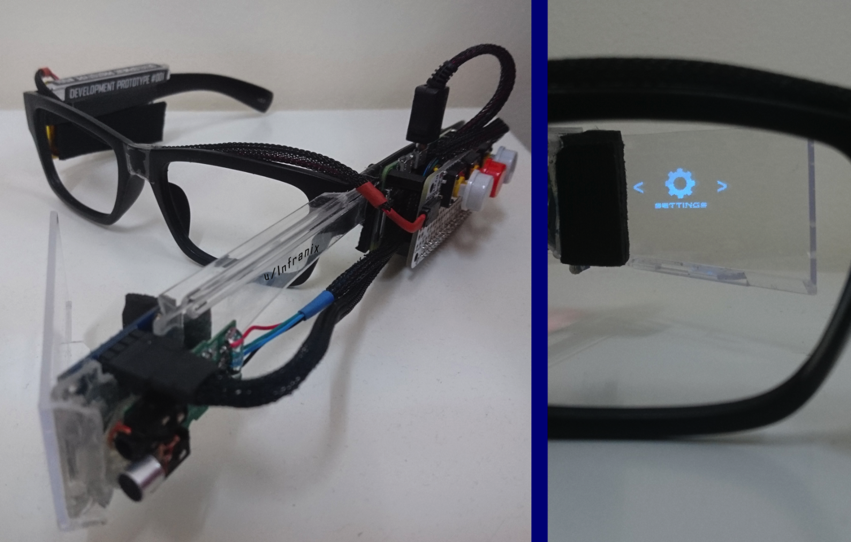 Redditor Infranix built these DIY smart glasses that are reminiscent of Google Glass. Via Hackster.io:

The original Google Glass smart glasses were essentially a small computer mounted to the frame of a pair of glasses. Users could interact with it using a touch pad or voice commands, and information was displayed on a small projection in their field of view. The Google Glass also included a forward-facing camera that could be used to analyze the world or take photos and video — a major factor contributing to the privacy concerns. Infranix’s smart glasses work in a similar way, but omit the camera.

The computer that Infranix used is a Raspberry Pi Zero W single-board computer (SBC) that is mounted to one side of the glasses. On the opposite side, there is a 1200mAh LiPo battery and charging circuit. A small microphone is used to pick up voice commands, which are then processed using a speech-to-text app and used to trigger some action via a Python3 user interface software. The final component is the heads-up display, which Infranix built used a small OLED screen that is reflected off of a piece of transparent plastic so the user can see it.