Delving into the Origins of Science Fiction Tropes: Ansibles, Blasters, and Credits #SciFiSaturday 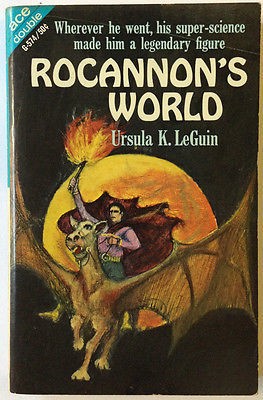 ANSIBLE: A machine that allows for faster-than-light communication so two parties can communicate in real time over interstellar distances.

The word “ansible,” which seems to just be a made up word, first appears in Rocannon’s World  by Ursula K. Le Guin:

“But if your kinfolk, your friends, in the City Kerguelen, call you on the ansible, and there is no answer, will they not come to see—” Mogient saw the answer as Rocannon said it:

When he had shown Mogien over the Survey ship, and shown him the instantaneous transmitter, the ansible, Rocannon had told him also about the new kind of ship that could go from one star to another in no time at all.