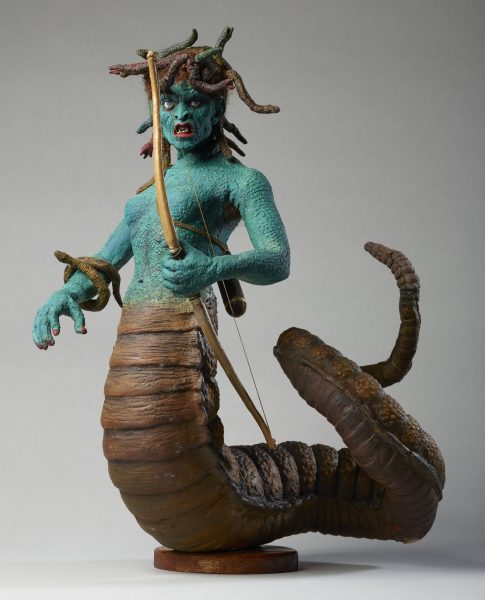 Medusa model from Clash of the Titans, c.1979 by Ray Harryhausen

“A titan versus a titan!” The amazing models of special effects legend Ray Harryhausen — via Hi-FRUCTOSE

Ray Harryhausen, the father of the enormously influential style of stop-motion called “Dynamation,” will be honored at exhibition at Scottish National Gallery of Modern Art in 2020, his famous creature models escaping the archives and on display. The first glimpses of these restored figures were revealed to mark his 99th birthday. Harryhausen, who passed away in 2013, influenced stop-motion artists such as Henry Selick and Phil Tippett, as well as directors George Lucas, Steven Spielberg, and J.J. Abrams.