Andy Hertzfeld has a YouTube channel and it’s great –

Wikipedia – Andy Hertzfeld is an American computer scientist and inventor who was a member of the original Apple Macintosh development team during the 1980s. After buying an Apple II in January 1978, he went to work for Apple Computer from August 1979 until March 1984, where he was a designer for the Macintosh system software. Since leaving Apple, he has co-founded three companies: Radius in 1986, General Magic in 1990, and Eazel in 1999. In 2002, he helped Mitch Kapor promote open source software with the Open Source Applications Foundation.

The Frox Demo January 1990 video (above) has so much good stuff in it. 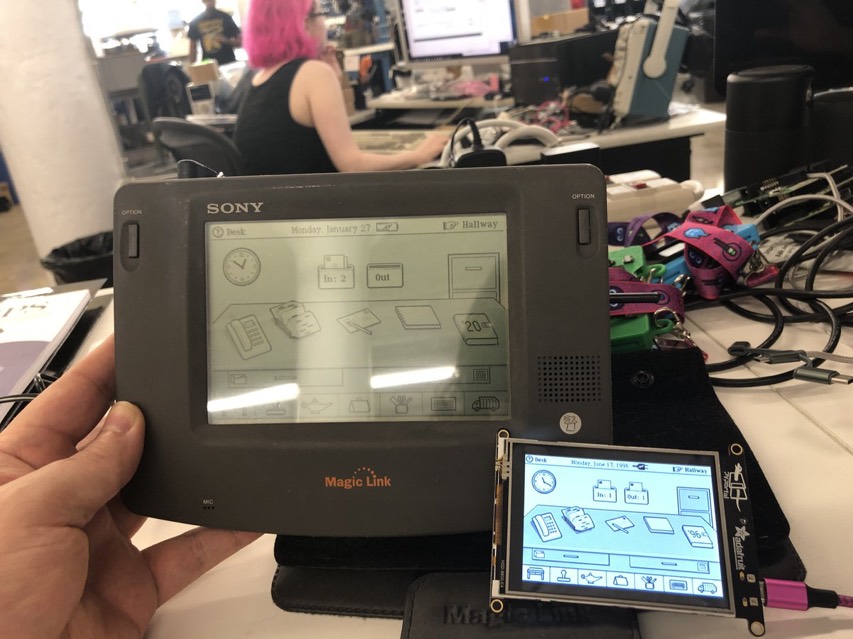 There are so many things we’re working on with micrcontrollers now that I wish I could somehow send or show to Bill Atkinson, Susan Kare, Andy Hertzfeld (and many others) to check out. The low-cost chips now are just fast enough to do many of the things that many of us know the early Macintosh for. Many of the GUI ideas we are implementing now come from their work, their designs, their ideas.