The Delicious, Ancient History of Chocolate and Vanilla 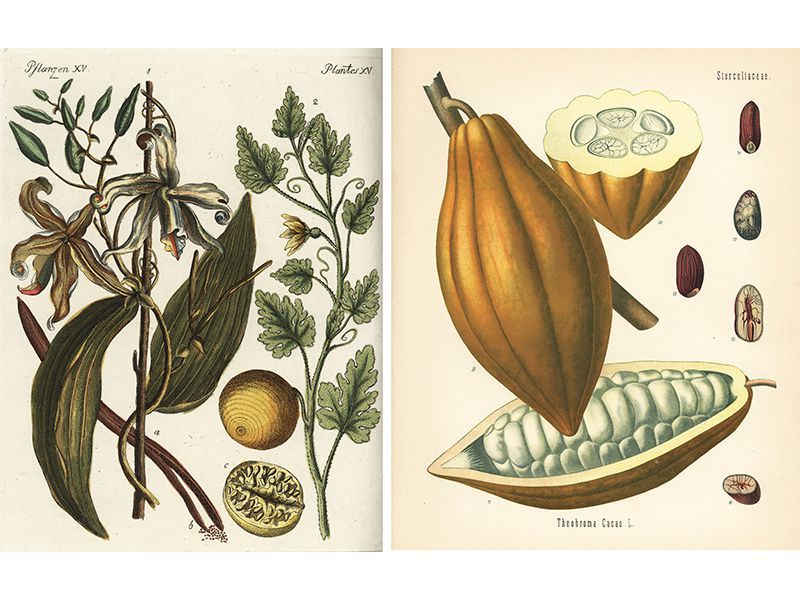 Of all the great debates—Coke versus Pepsi, boxers versus briefs, shaken versus stirred—few have been more polarizing than chocolate versus vanilla. Those of us aligned with chocolate—the product of ground, roasted cacao beans—find it warm, comforting, ambrosial, and generally dismiss all things unchocolate as “vanilla,” meaning bland and boring. Those who prefer vanilla, a climbing orchid that bears long podlike fruit, praise its aromatic sweetness and note that it enhances the flavor of chocolate, which unembellished would be dull and kind of flat—in short, vanilla.

The one aspect of the chocolate-and-vanilla divide that has seldom been disputed is the question of provenance. But over the last year two new studies have radically rejiggered the origin stories of both. On the chocolate front, the earliest chemical evidence of cacao use has been pushed about 1,400 years further into the past and about 2,000 miles south. For vanilla’s part, researchers now believe that the beans were not only used by humans more than two millennia earlier than previously thought, but an entire ocean away. These findings are just a couple of the latest examples of how archaeologists, geneticists and cultural anthropologists are rewriting history through the study of food.

Comments Off on The Delicious, Ancient History of Chocolate and Vanilla