Neuralink – A Closer Look at the Tech 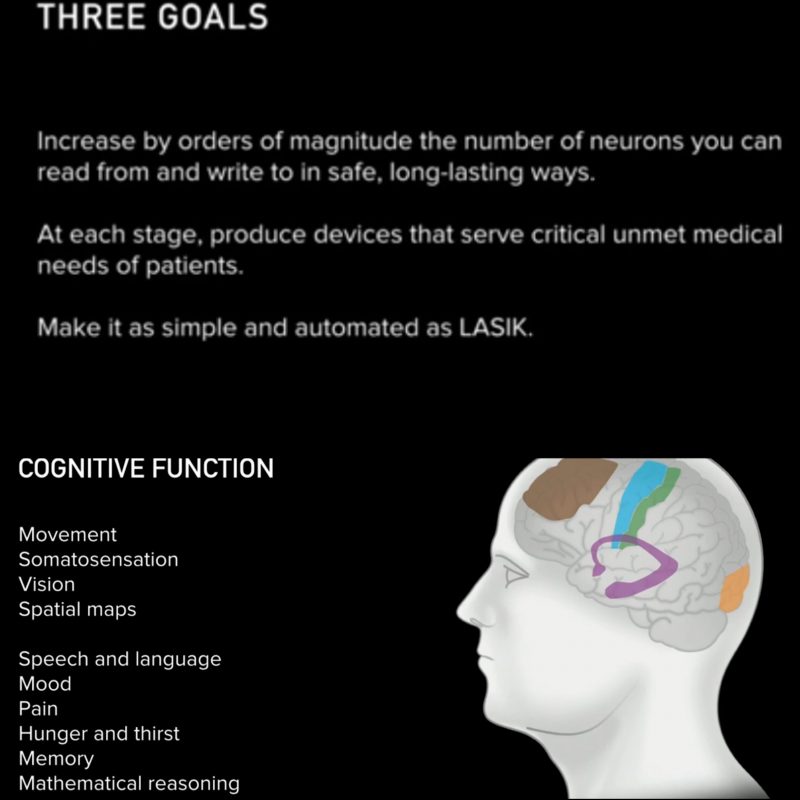 Could we really be just one year away from implanting a human with a 1,536 channel brain machine interface? Last weeks Neuralink announcement was primarily for recruiting, but Elon Musk and his team shared with the public a quantum leap in implantable brain technology. The first of Neuralinks three goals is to increase by orders of magnitude the number of neurons which you can read and write from. Considering that the current FDA approved deep brain stimulation device has only 10 electrodes and Neuralink has been testing configurations up to 3,072 electrodes they are on track. Another goal is to make the surgery as convenient an operation as Lasik is today. Their autonomous neurosurgical robot is looking strong with over 19 animal surgeries and 87% success rate on wire placement. 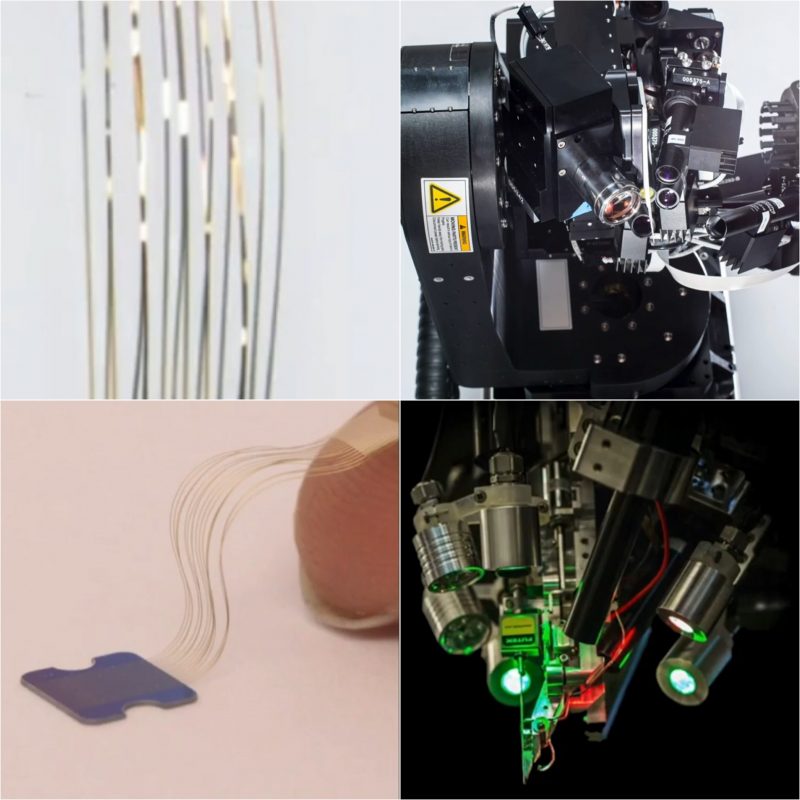 The Robot and the Threads

Implanting electrodes in the brain is dangerous work and the tiny threads which have been developed require a robot to get the job done. Neuralinks autonomous neurosurgical robot is designed to avoid blood vessels and rapidly install up to 192 electrodes per minute. This is happening through a 2mm hole in the head with a 24 micron needle placing threads that are only 1/4 as thick as a human hair each containing 32 electrodes. 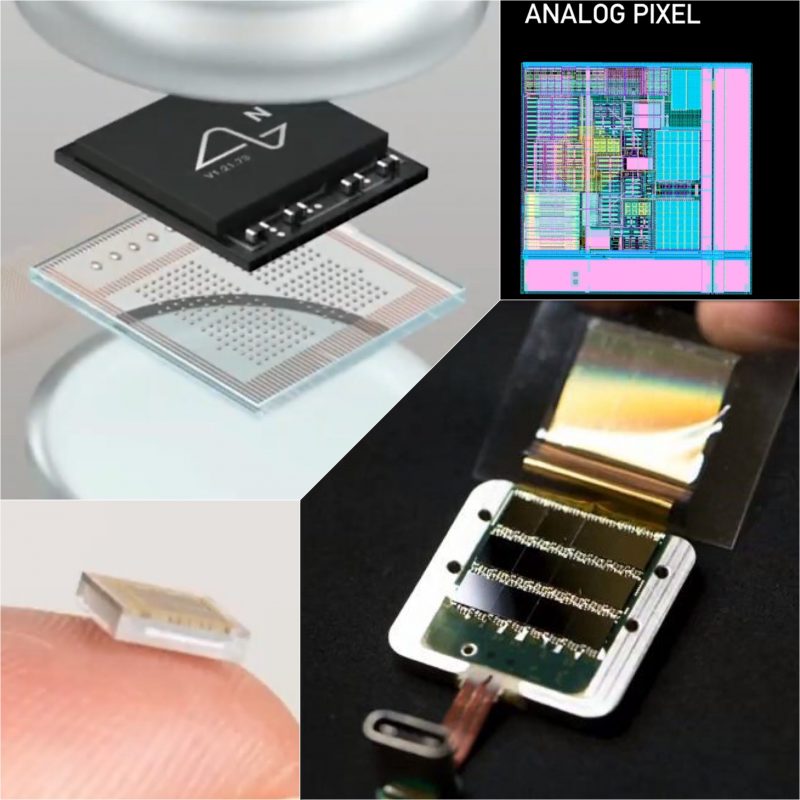 The N1 processor which Neuralink has developed uses analog pixels to read 20,000 samples a second on each of the 1536 electrodes. There is a builtin ADC with 10 bit resolution and bandwidth up to 200Mbps is supported. This processor will connect to a device currently called the link which is mounted behind the ear and houses the battery and bluetooth module. The N1 processor is currently 5x smaller than anything else available today. 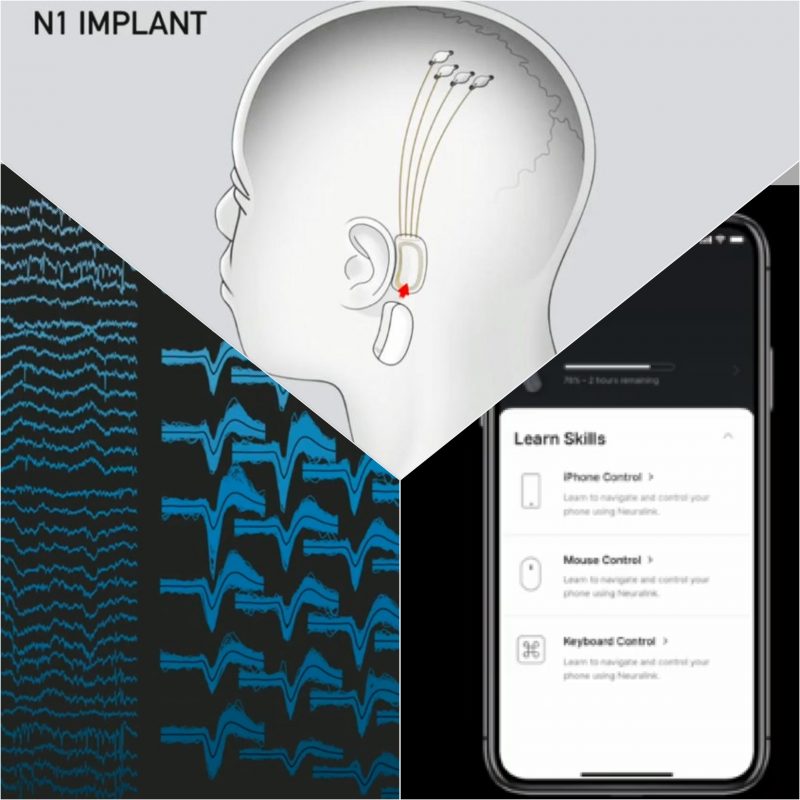 An app will be available for iOS users to customize settings. The electrodes current placement is in three parts of the motor cortex area and one in the somatosensory area. Future configurations are projected up to 10,000 electrodes with placements on both hemispheres. Will this be enough to get a tetraplegic person typing 40 words per minute? That is another one of Neuralinks goals.

Comments Off on Neuralink – A Closer Look at the Tech