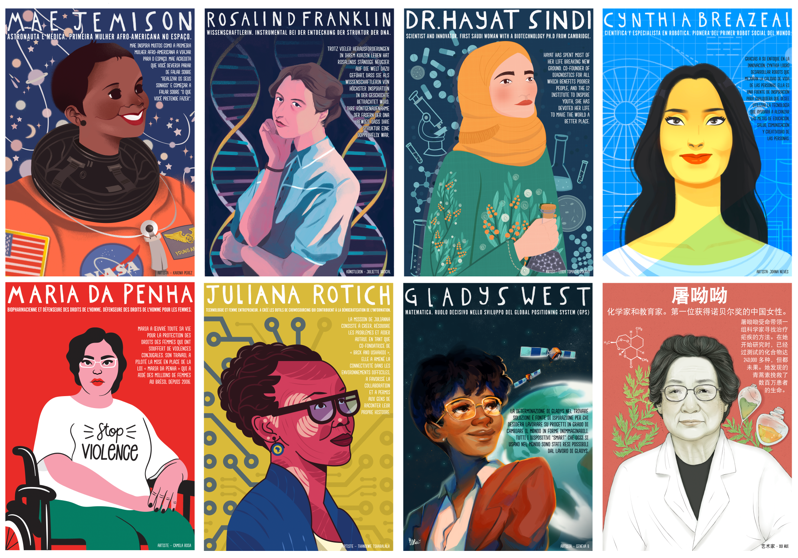 Awesome posters from via Nevertheless Podcast – check em out!

At the end of Nevertheless Season Two, we commissioned another four female illustrators from South America, Africa, the Middle East and China to produce a new set of posters. They were originally produced in English but we are delighted to say you can now download the complete set in 8 languages including French, German, Spanish, Italian, Portuguese Brazilian, French Canadian, Simplified Chinese and English.

The women featured serve as amazing role models in their fields of science, technology, engineering, and mathematics (or STEM as it’s often referred to). You can listen to our episode on STEM Role Models here.