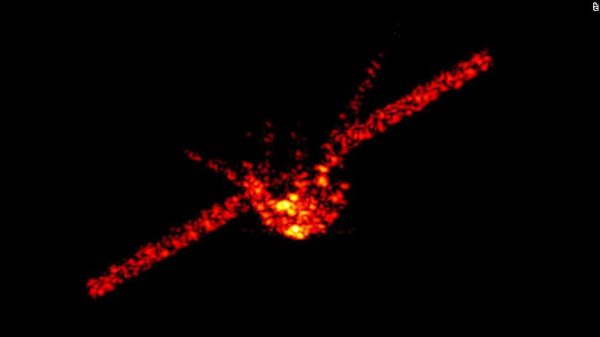 A Chinese space station plunged back to Earth on Friday at around 9:06 PM Beijing time, after spending roughly three years in orbit.

Tiangong-2, which is 34 feet long and weighs about 19,000 pounds, mostly burned up during the controlled reentry process. Some debris survived and fell into an unpopulated stretch of the South Pacific Ocean, according to the China Manned Space Agency (CMSA).

Filed under: space — by Zay

Comments Off on Watch China’s Space Station Fall to Earth