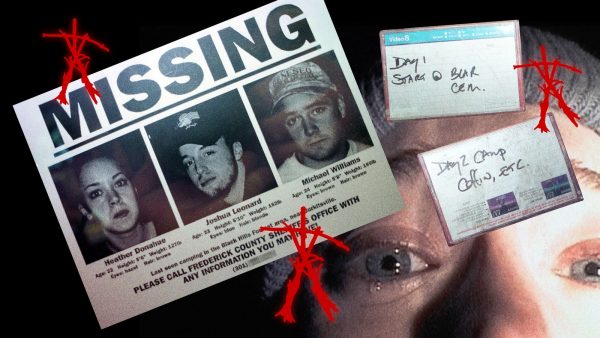 How many of you remember people thinking this was real footage? No matter how you feel about the film, you have to admit it served as inspiration for movies like Paranormal Activity, The Witch, Cloverfield, and The Village. The Blair Witch Project is one of the most fascinating horror films of all time, even 20 years later.

In one of the most intense filmmaking experiences imaginable, actors Heather Donahue, Joshua Leonard, and Michael C. Williams played fictionalized versions of themselves, heading out to the Maryland woods to film a documentary about the legend of the Blair Witch. Part of what made The Blair Witch Project so groundbreaking is that you never see the actual Blair Witch, and the filmmakers didn’t use special effects to scare audiences; instead they had genuine reactions from a cast that didn’t know what awaited them in the woods. The film managed to do so much with so little, and it also introduced one of the first viral marketing campaigns, gaining a following before it even hit theaters. The Blair Witch Project turns 20 this week, so we spoke to the cast and crew to look back at the making one of the most legendary horror films of all time.

Read more and rewatch the film!

Comments Off on 20 Years Later, The Blair Witch Project is Still Creepy