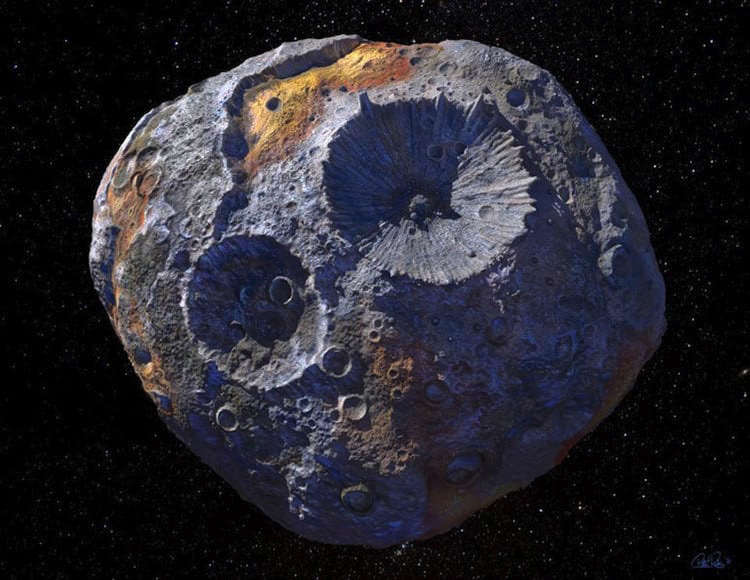 Space miners are coming (not to be confused with space roughnecks)
Via My Modern Met:

We may be on the brink of a new gold rush, but not here on Earth. An asteroid made entirely of metal is the subject of a future NASA mission that may allow us to understand more about the Earth’s core and how planets formed. 16 Psyche is a massive asteroid that is particularly interesting due to its metallic composition, which has caused some people to speculate about its potential value.

In fact, due to all the metal it contains, some are reporting that it could be worth up to $700 quintillion. While there’s been speculation about how much gold there is to be found, scientists feel that 16 Psyche is mainly made from iron and nickel. This would make its composition similar to the Earth’s core. For this reason, it’s believed that the giant asteroid may actually be the exposed core of an early planet that lost its rocky outer layers.