The 19th-Century Mania for Ice Skating in the Summer 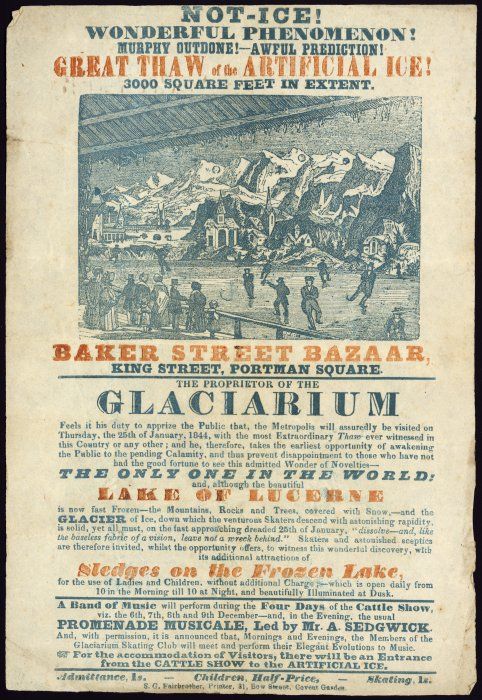 Just an FYI, this story is kind of scary but it is really interesting to read about the fascination with year-round ice skating.

When France’s first indoor ice-skating rink opened in May 1876, chaos broke out. Wealthy Parisians of all stripes flooded the building, eager to see how a large swath of ice could remain frozen so close to the summer.

Within minutes, “the place was crammed to suffocation, and yet thousands of ladies and gentlemen on foot and in carriages continued to arrive,” according to one French journalist who wrote to the New York Times about the experience.

The scene he described was something out of a battle. With no way to enter through the doors, enterprising visitors began to climb the scaffolding outside the rink, then leapt in through the windows. Meanwhile, “crowds below persisted in besieging the doors,” according to the journalist. “At times there was a fearful crush, and ladies were carried fainting out of the crowd. Many persons had their arms and legs injured.”