Peep dis! Have you always wanted to have another pair of eyes on the back of your head? Or outfit your costume with big beautiful orbs? The MONSTER M4SK is like the Hallowing but twice as good, with two gorgeous 240×240 pixel IPS TFT displays, driven by a 120MHZ Cortex M4 processor that can pump out those pixels super fast. You’ll get the same quality display as our Raspberry Pi Eyes kit but without needing to tote around a full Linux computer. 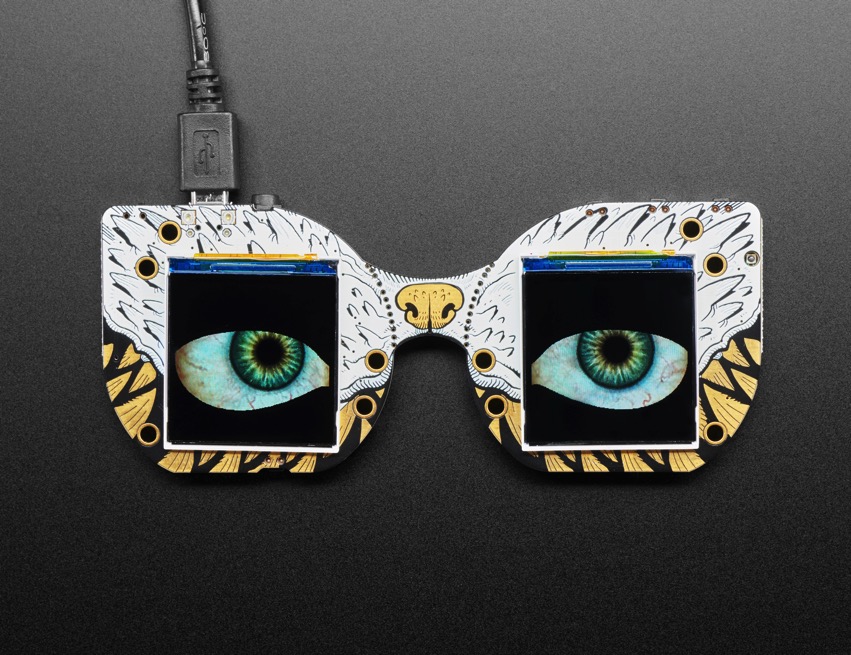 This unique design has the eyes at the same pupil-distance as a human (~63mm) but is designed so that the nose section can be broken apart with pliers/cutters and then wired together with a 9-pin JST SH cable up to 100mm long so the eyes can be re-positioned or freely attached.

We wanted to make audio-effects easier so in addition to a class D audio amp, there’s also a stereo headphone jack that is connected to the two DACs on the chip. Use it when you want an externally sound amplifier box for big effects. For small portable effects, the built-in amp can drive 8 ohm speakers up to 1 Watt. 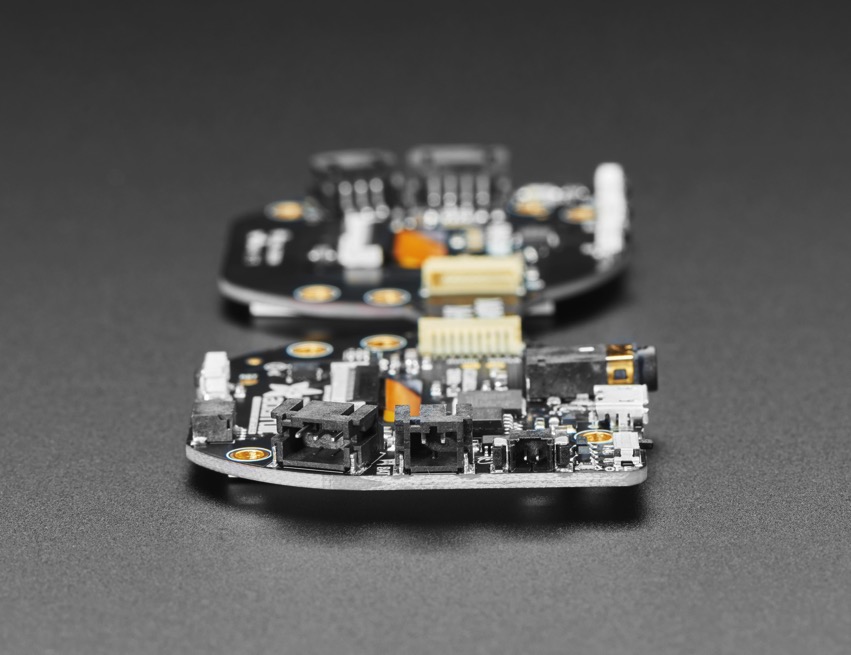 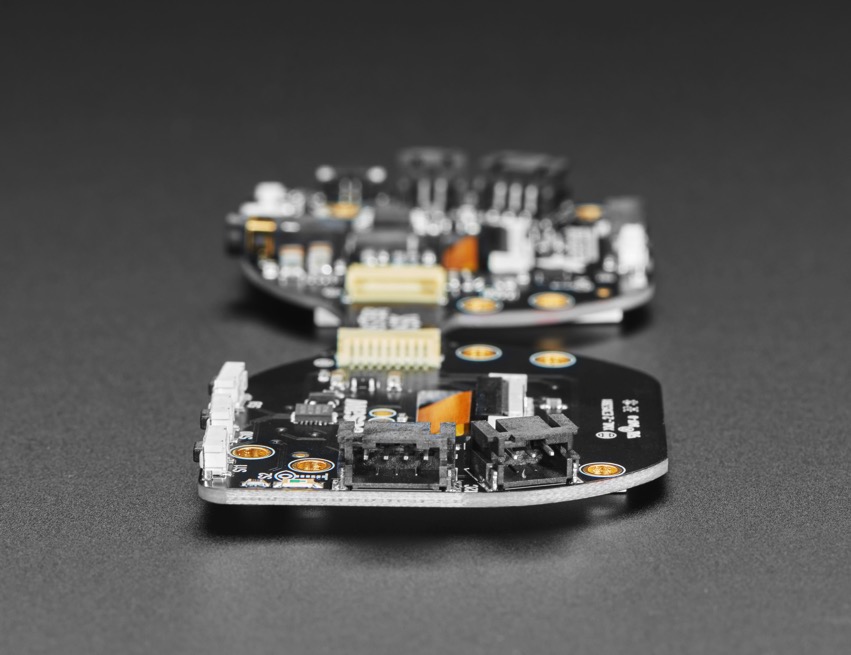 On each side are JST-PH plugs for connecting external devices. The 3-pin JSTs connect to analog/timer pins on the SAMD51, so you can use them for sensors or GPIO devices. The 4-pin JST connector connects to the I2C port and you can fit Grove connectors in it for additional hardware support. For the PDM mic port, you can use this cable to wire to a PDM mic.

There’s also plenty of sensors built in – light sensor, 3 tactile buttons, and a capacitive touch pad on the nose.

Speaking of that nose, the silkscreen is by the skillful Miss Monster, check out those fangs! 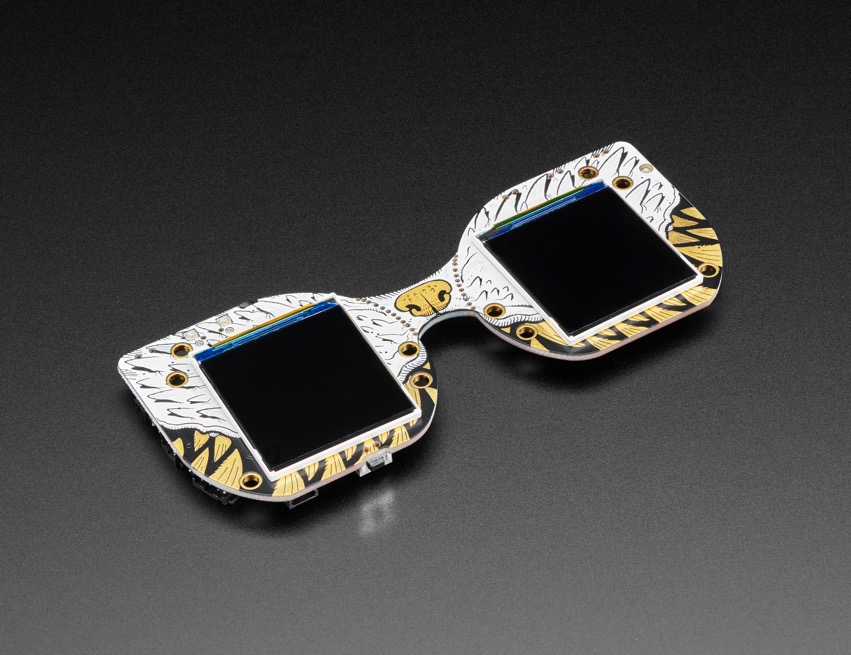 This is by far the cutest, creepiest and most incredible development board we’ve made so far! Gaze upon these features:

And as you can expect, we’ve got some great new eyeball code, which does 2 eyes with user-configurable graphics. Right now our code support is only for Arduino – CircuitPython isn’t quite fast enough to do the 3D animation techniques we use to draw the eyeballs. The eyes look even better if you pair them with these 40mm glass or plastic lenses. (You’ll need two of course) 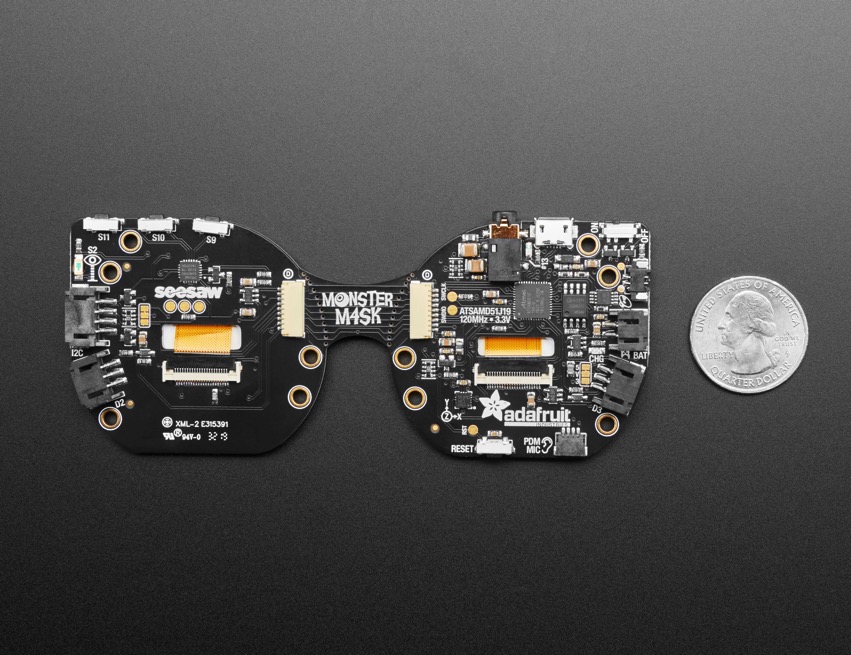 Comments Off on COMING SOON – Adafruit MONSTER M4SK – Two Eyes are Better Than One!