A Sorceress’s Kit Was Discovered in the Ashes of Pompeii 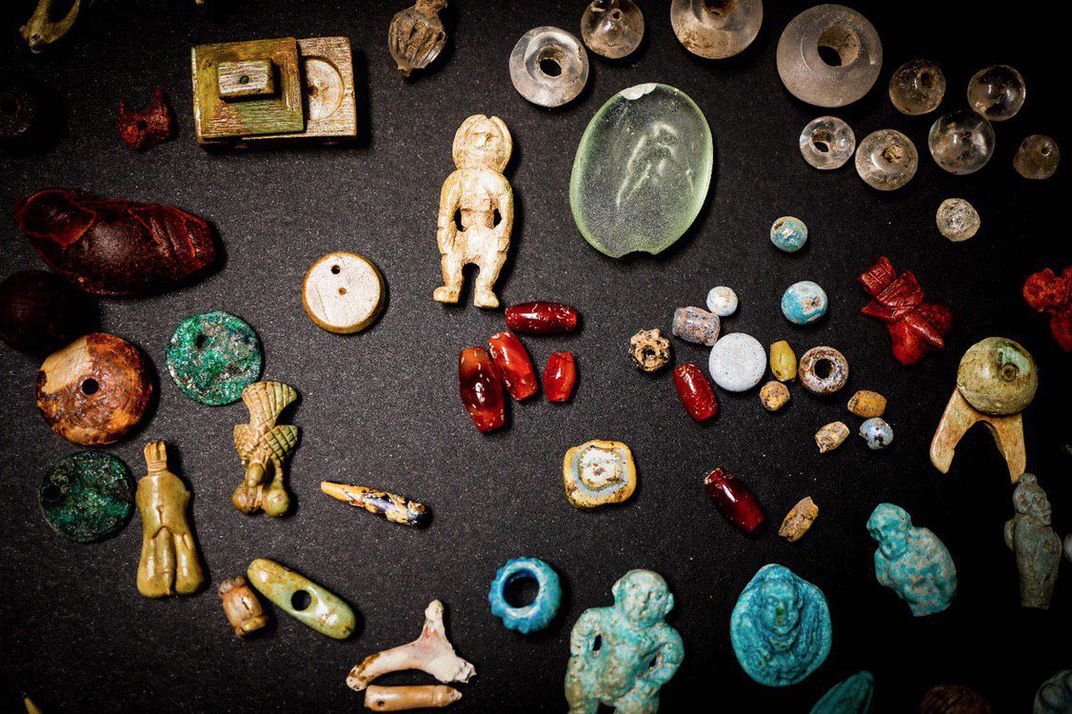 Spiritual beliefs and practices are always interesting, especially when they so closely resemble each other.

In the ancient Roman city of Pompeii, archaeologists digging in the Garden House recently uncovered the hinges of a wooden box, long since rotted away. But the contents of the box were still there, preserved in the ash that showered Pompeii in 79 A.D. after nearby Mount Vesuvius erupted, creating an unprecedented time capsule of life 2,000 years ago.

The treasure trove emerged from Regio V, an area of the city that has been under recent excavation. In total, archaeologists found around 100 little objects, including buttons made of bone, carved scarab beetles, miniature penises, crystals, tiny skulls and little dolls. It’s believed the objects may be part of a sorceress’s tool kit, used for fortune telling and to bring good luck, a press release from the Archaeological Park of Pompeii details.