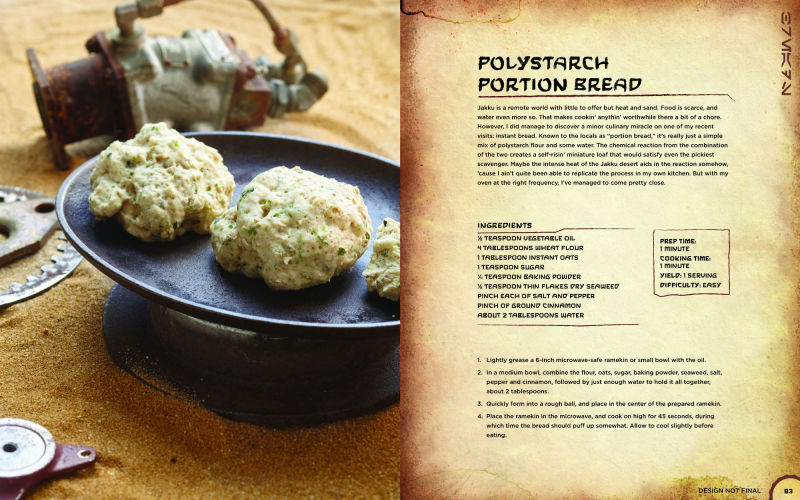 Blue milk is obviously the superstar when you think of Star Wars food. But rising up the charts, literally, is the bread Rey makes in Star Wars: The Force Awakens. Although that concoction, officially named Polystarch, is not available in the Black Spire Outpost (otherwise known as Star Wars Galaxy’s Edge), a new cookbook has the recipe—and io9 has the exclusive reveal.

Polystarch Portion Bread is just one of over 70 recipes in Star Wars: Galaxy’s Edge: The Official Black Spire Outpost Cookbook, by Chelsea Monroe-Cassel and Marc Sumerak. It’s out this fall, and is told through the voice of Strono Tuggs, the former cook in Maz Kanata’s castle on Takodana. Of course, in The Force Awakens Maz’s castle got blown up by the First Order, so Strono’s since taken his talents to Batuu. Here’s his recipe for Rey’s bread, a.k.a Polystarch Portion Bread.